Flying the Colors at Open House 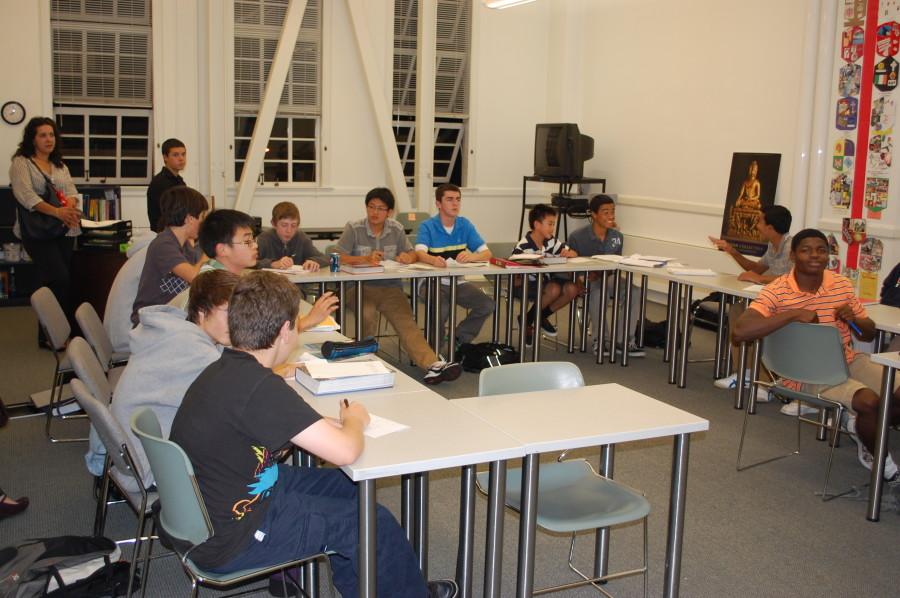 Night School at the Open House | Photo by Austin Woo '15

On Wednesday night, Stuart Hall had their first open house. Mr.Buckley’s freshmen class, Period A, had history class from 7:15-8:15. Many of the freshmen enjoyed the night time class, not to mention that it was a more interesting class than the norm. “Class was really cool,” said Allie Jake Rosen.

Mr.Buckley’s Period A played a strategy game involving Chinese history.  Teams would play as actual historical figures trying to conquer each other, also trying to acquire cowry shells (an ancient form of money), militia, and materials in the process. Teams could also create treaties or trade with other feudal warlords for more materials. The class was so interesting that a couple of visiting 8th graders, form different schools, chose to stay in Period A for the entire class. “I like how you changed Chinese history into a RPG game,” said one of the visiting 8th graders to Mr. Buckley. Overall the game brought the class together and made them think competitively “I think the Quanrong (a group of nomads) are going to be the richest in the game,” said Dunham McBride. When class ended on 8:15, the game had not been finished. The departing freshmen left class with excitement and eagerness to continue the game next period.