Running to the Finish Line 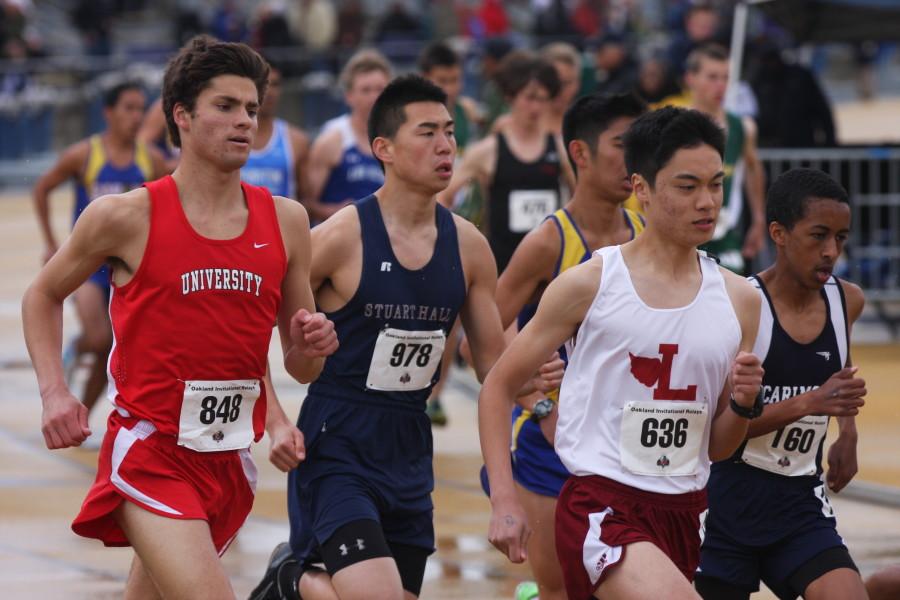 The season for the 2012 Track team is finally coming to a close, and is heading to the home stretch. This year’s team has been dynamic and is on the cutting edge with a host of new talent from all classes. Every event this year, from the long distance to the sprints and hurdles, to the field has been improved dramatically due to the influx of new athletes to the team. In the freshman class, 19 new athletes from both Convent and Stuart Hall joined the team. This is a tremendous amount from one year to the next.

In the sprints, freshmen Benjamin Bapuopeleh and Bosco Bapuopeleh are speeding through the competition with their impressive performances in the 4X100 meter, 110-meter hurdles, 100-meter, and the 200-meter dashes. Freshmen Will Hackel and John Quinlan are also making an inpact against the competition in the 400-meter sprint. On the girls’ side Jane Stephens and Julia Nemy are moving up in the ranks among the team.

With the season coming to an end, the final meet for the Stuart Hall and Convent Track and Field team is on Saturday, May 12, at the BAC Championship Meet at Chabot College. The Knights and Cubs will be competing against all other schools in the Bay Area Conference (BAC), including their top competitor in the BCL West, the Lick-Wilmerding Tigers. This year so far, the Knights and Cubs have been closely matched with Lick in terms of winning meets, while leaving all the other competing schools behind in the dust.

The whole Sacred Heart Community is rooting for their Knights and Cubs as they enter the final test of their strength, and wishes them good luck and fortitude. Go Cubs! And Go Knights!