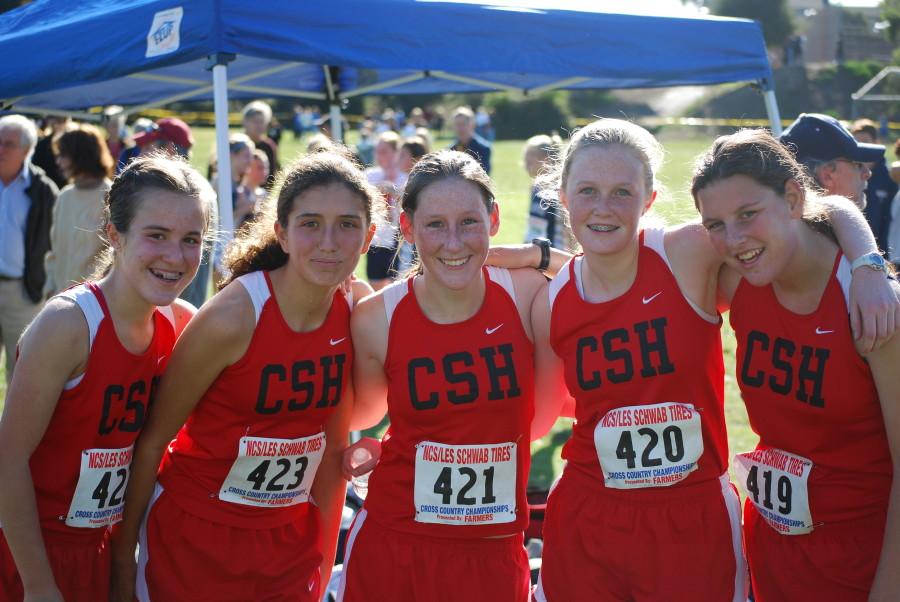 e an important part of a person’s high school career. Sports are so significant during this developing time of people’s lives for many reasons. They provides a healthy opportunity for competition, it teaches the benefits of teamwork, and it gives students a chance to socialize in a way that is not possible inside the classroom. It is this last concept that has spurned ideas about joining the teams of Convent and Stuart Hall. This idea raises many questions: “What are the benefits of having boys and girls train together, “What are the strengths of such a program?” and conversely “What are the problems this raises?”

During the 2009 season, the Stuart Hall and Convent track teams became one. After learning of Convent’s dilemma in being unable to find a track coach, Coach Buckley, who had previously coached Stuart Hall’s team, took over the girl’s team as well. His coaching methods, while different from those of Convent’s previous coach, were clearly effective, as members of the team such as Claire Cannon and Julianna Wetmore consistently posted better times than they had prior to the change. “I think having a co-ed team this year helped Convent improve a lot because practicing with the boys meant doing more difficult practices then we had done in the past. It was also a good way for the two schools to be more connected, and having a bigger team made practices more fun,” says Convent junior Ava Martinez.

On the boys’ side, a remarkably similar occurrence was observed, and in addition to having new teammates with whom to practice, the merge certainly brought a new sense of enjoyment. “Practicing with the Stuart Hall guys was very beneficial to our six-runner cross-country team. Having the boys train with us made running much more entertaining,” said Convent senior AnnMarie Ide. The practice of a co-ed team was adapted for the fall cross-country season. Here it was clear that the addition of Convent’s runners motivated the team to train harder. The integration of the teams positively contributed to the morale and work ethic of the team, as well as to one of the best seasons in school history. The idea of a co-ed sports team has also been applied to Stuart Hall’s newly formed badminton team. While Convent has had a badminton team for a while, the sport only became co-ed last year. Says sophomore Felix Sudderth, “I think co-ed sports is an awesome idea. I play badminton, so I already play my sport with the girls. There is more socialization involved and it really adds to the experience.”

Unfortunately, the idea of a co-ed team may not be feasible or prudent for all sports. One reason for this is that many of the seasons during which the spo

rts take place are different for Convent and Stuart Hall. For example, the Convent soccer season takes place in the spring while that of Stuart Hall is in the fall. For a co-ed season of this sport to take place, one of our schools would have to join a new league so as to coordinate a time of the year that is conducive to both schools. Likewise, the seasons of other sports, such as tennis, would have to be completely reconfigured to occur. Having a co-ed season for a sport such as basketball presents its own set of obstacles to overcome. The aggression many male players exert while participating in this sport, while encouraged when clashing with an all-male opponent, could become a problem in a scrimmage with female counterparts. Therefore, neither team could train to its fullest, and consequently not reach its potential and be the best it can be. Junior Connor Bottum says, “I don’t think having co-ed sports would work very well, especially with basketball and soccer. There is a huge difference between the men’s and women’s games, and trying to incorporate them together would drag both sides down.” While integrating Stuart Hall and Convent’s sports teams could appear to be disadvantageous when incorporated with some sports, it definitely has some aspects that would add to the experience for participants and spectators.