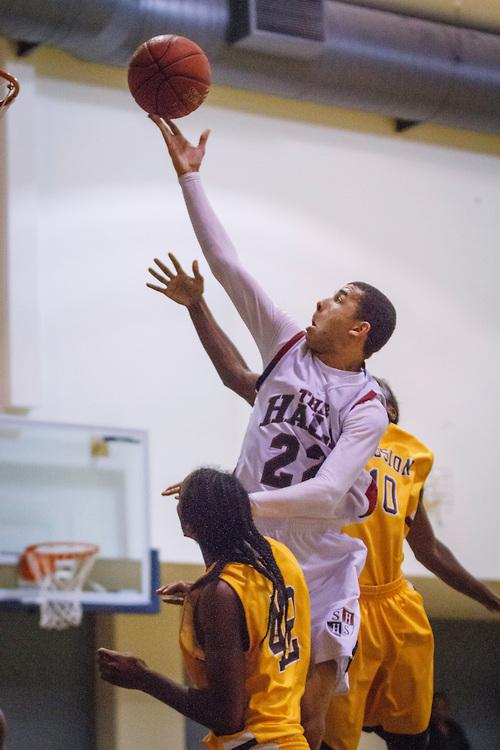 In the first league game of the season, the Stuart Hall basketball team took it to their opposition, the Urban Blues. Good shooting and even better rebounding made everyone on the court in a white jersey look good, and a 79-48 drubbing highlighted a night in which everyone seemed on their game. This should be the story of most of the Knights season, as they move into their league season looking to be a contender for a championship.
This year’s Knights are anchored by a strong core group of juniors highlighted by Armani Collins and Tyler Ryan, backed up by a growing group of sophomores who look to be able to dominate opposition in the near future. Mars Pasache and Jayden Newman are the sole players out of the senior and freshman class respectively, to fill out a strong squad for the Knights. Sole senior Mars Pasache looks to bring his veteran experience and leadership this year as he looks for an ever evasive league championship in his final season. “I’m trying to win the championship because we haven’t won one in a while and it’s my senior year. I want to leave with a bang,” he told me. “I think that under the leadership of Coach Johnson this year, we can really go far this season. His coaching throughout my time on the varsity squad has really contributed to me growing as a player and an athlete.”

The 13-5 Knights look good in the early season, with only a two point loss to University tarnishing their otherwise perfect in season league record.  Hopes are high on the varsity squad, and as they move into the second half of the season, they hope to make a huge impact on the league and hopefully walk out with a championship.