The Final Stretch is Upon Us 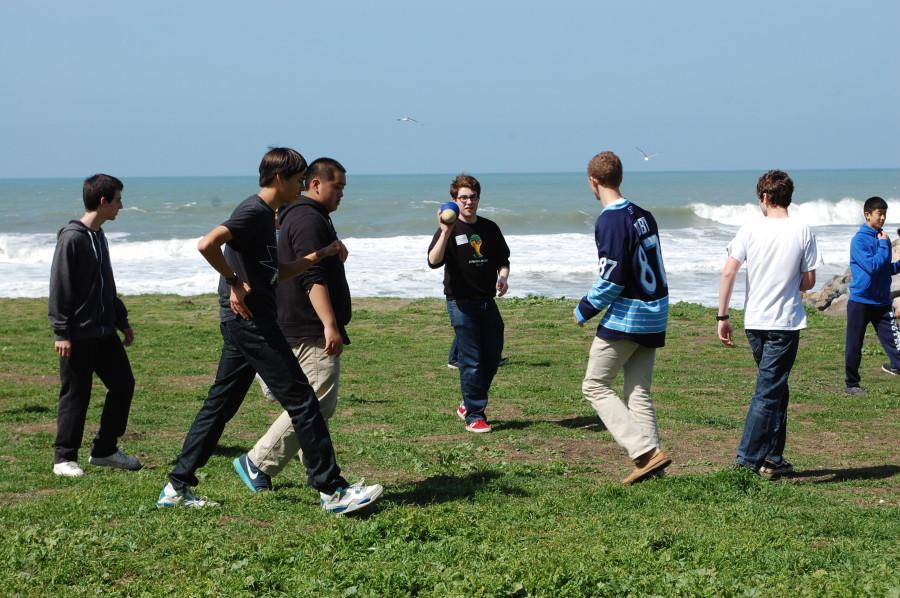 Seniors and freshman enjoying a game of flag football. Photo by Lori Saltveit

What to look forward to before summer

For some students, the fourth quarter of the school year is a 3-month long wait before summer comes. However, the fourth quarter is actually one of the most fun of the year! There is Prom, class retreats, the performance of The Odd Couple, and Congé! Also, many of the Hall’s sports teams are looking to compete for league and section championships, including the baseball, track, golf, tennis, fencing, and swimming teams. Overall, this year’s final quarter is shaping up to be one of the best ever!

Every year, the members of the junior and senior classes at Stuart Hall and Convent look forward to Prom, a tradition that is present in almost all high schools in the country. Last year’s big dance was a huge success, with students having a blast dancing and enjoying the social atmosphere. This year, with Prom scheduled for Saturday, May 17, it should be no different, as this is one of the best nights of the year.

Also, something else to look forward to in the fourth quarter is the play put on by Mr. Luna’s drama elective. This year, the play is called The Odd Couple and will feature strong lead performances from Julian Moreno and Dylan Coe. This year’s play is scheduled to be performed for the Stuart Hall student body late in May. According to Dylan Coe, it is about, “a neat freak and a slob trying to coexist with self-contradicting personalities.” Last year’s play, A Few Good Men, was so well received that undoubtedly The Odd Couple will be just as successful.

The fourth quarter also means Congé is rapidly approaching. Congé is a special tradition at the Sacred Heart schools and occurs one day a year here at the Hall. Last year, the school event was held at Six Flags Great America and was the most fun day of the year! As the announcement is kept a secret from the student body, the date of the event is unknown. This leads to much surprise and glee from the student body when it is announced. Hopefully, this year’s special day is just as fun as last year, as it is definitely something students look forward to.

Class retreats were incredibly fun in the fourth quarter. Freshman and seniors had a great day bowling, beaching and bonding. The sophomores also had a unique chance to listen to and write poetry with each other and members of Youth Speaks. This retreat had a more serious vibe in some aspects, but was still seen as very fun by members of the sophomore class. The junior retreat was an overnight retreat that was geared towards bringing the class together. This year, the juniors built a sweat lodge (kind of) and also went on many hikes. Along with these things, they had a chance to revisit their spirit animals with Mr. Roos and play on the YMCA basketball courts. Even though freshman and seniors went bowling, seniors will be going on an over night retreat later in April. Every class had a tremendous chance to continue to bond, and the Stuart Hall community grew even closer through these experiences.

This year’s fourth quarter is shaping up to be one of the best ever! With all of the amazing events coming up, there should be plenty of opportunities for students to enjoy the last couple months of school before summer.