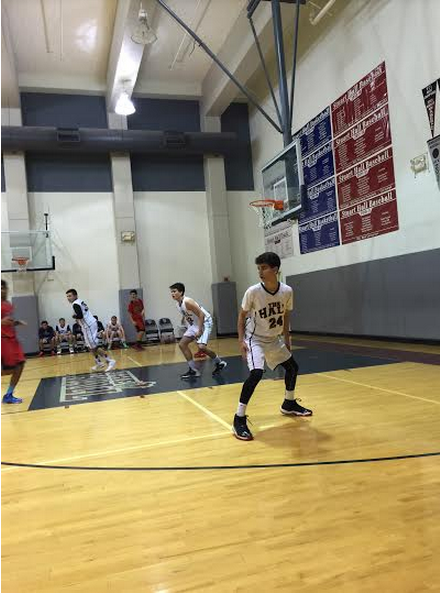 A New Year in SHHS Basketball
By: Nicholas Hom ’18

The winter season is coming upon us and that means it is time for basketball season. After the basketball tryouts on November 10th, the teams for the Freshman/Sophomore and Junior Varsity teams are set and are ready to start playing. The varsity basketball squad filled two open spots this year with sophomore Darna Stewart and junior Chris Horsley. Max Phillips, a senior, says that “the team is looking good and we are ready for another great year.” Phillips, along with seniors Armani Collins, Will Hackel, Tyler Ryan and Pavlos Peritos, will be playing their last season at the Hall and are ready to end strong. The Varsity team kicked off their season with a win on November 22nd at Lowell, and remain undefeated this season. They start their BCL season with a home game on January 6th versus Lick-Wilmerding. Coming off a 24-8 record season last year and an 8-2 record in the league with a BCL championship under their belt, Stuart Hall High School’s Varsity basketball team is ready to go on and have another winning season.
The JV and Frosh/Soph teams are also ready for a new year. The Junior Varsity team also started their season on the 22nd of November with a game against Redwood High School here at home. Frosh/Soph team coach, Taylor Angel, is ready to coach a new group of 14 freshman and sophomores this year. Coach Angel is hoping that in his second year of coaching, he will “resurrect the Frosh/Soph team with increased talent” after last year’s 3-8 season.