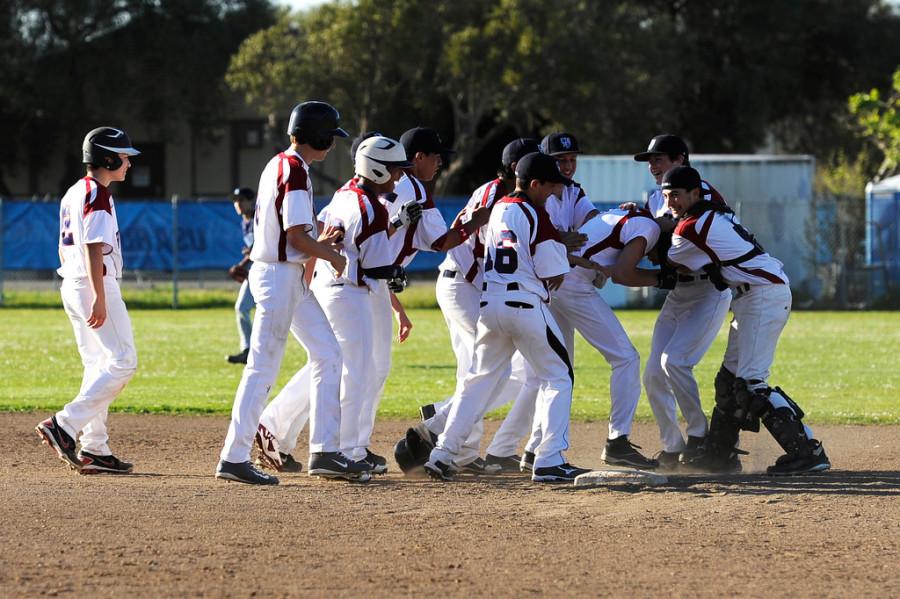 
It’s almost that time of year again! In just over a month, the 2015 Stuart Hall baseball season will begin. This year’s Knights team, led by Coach Joey Railey, will return eight starters from last year’s team after losing only one player to graduation. Last year, the Knights won their fourth straight BCL West Title with a league record of 10-0. The team also finished with the best record in school history (20-7-1) and advanced to the NCS semi-finals, which was also a school record. Now, the Knights will look to build on last year’s success and have a tremendous season.
Returning to the Knights’ roster are All-League performers Stephen Everest (1st Team), Zach Avila (1st Team), Declan Ebeling (2nd Team) Willie Reader (2nd Team), and Achilles Arnold (Honorable Mention). Also returning are many key players who should take a giant leap forward, including seniors Connor King-Roberts and George Wisniewski. Also, many capable freshman will be joining the team and fighting for playing time.
“We’ve got a great group of guys this year. I’m looking forward to the beginning of the season and what we can accomplish this year,” said Coach Railey.
The Knights will open the season on February 24th with scrimmages against Bentley and Branson. Their first official game will be on February 26th against Berean Christian in Pleasant Hill. They will also travel to Eureka for a road trip against St. Bernards and South Fork. Another important game on the schedule will take place on March 12 as the Knights will travel to Westborough Park to play Sacred Heart Cathedral. This season’s schedule should be one of the Knights toughest yet. However, with an experienced roster and hopefully plenty of fan support, the Knights should be poised to once again be the top team in the BCL West and one of the most feared teams in San Francisco.
Delete Image
Align Left
Align Center
Align Right
Align Left
Align Center
Delete Heading