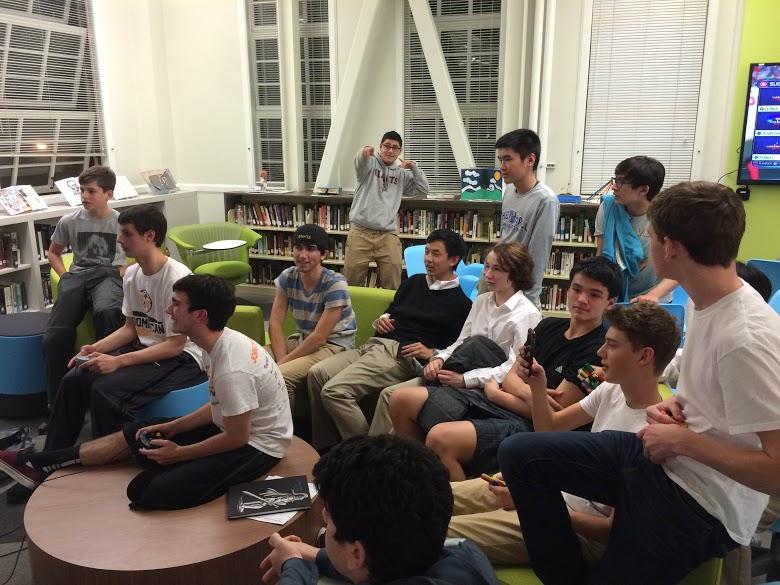 This time around the competitions were with Super Smash Bros Brawl on Gamecube and NBA 2k on XBox. With upper class favorites getting eliminated early in the 2k tournament, this set up an all freshman final between Owen Fahy and Angel Padilla. As Angel Padilla says, “I went into the championship thinking I would destroy Owen but I think my overconfidence was my downfall.” Owen Fahy ended up winning by a final score of 20-16 and he will get the grand prize of twenty-five dollars.

The Super Smash Bros tournament had a long list of competitors looking to end up being the best brawler in all of Stuart Hall. As freshman Devin King-Roberts said about Super Smash Bros as sweat dripped off of him, “This is way more than a game, this is my passion.” However in the end Devin could not conquer senior Pavlos Peritos’s skill of Smash Bros and he fell short of the ultimate prize.

Everyone at video game night had a great time competing for prizes and glory in NBA 2k and Super Smash bros, and those who wanted to just play for fun could play Madden or board games. In the end, video game night 2.0 was a great success and highly enjoyable for all who showed up. Those who missed this video game night can get in on the action next time with video game night 3.0 on February 27th, 2015.