The Dynasty on the Peninsula 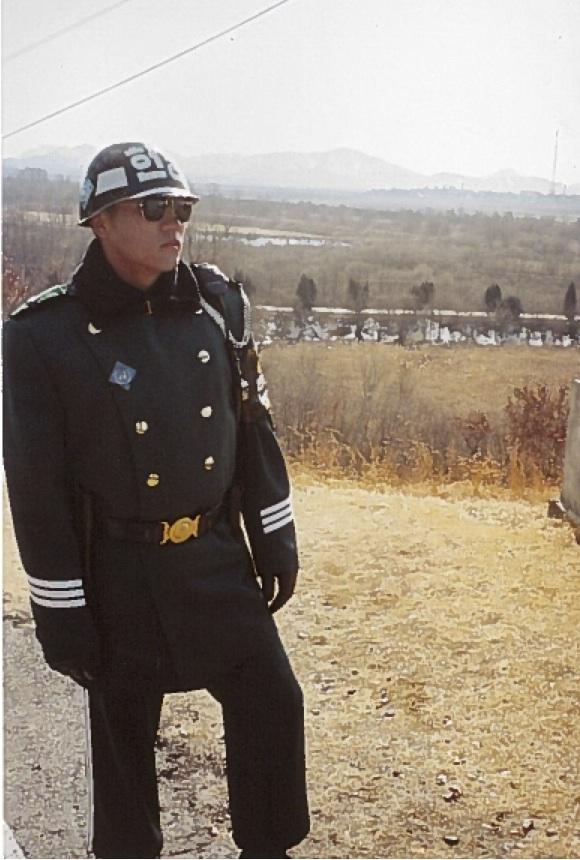 Image Captured by Ms. Walker at the demilitarized zone between North and South Korea.

Gun shots rang out on June 25, 1950. Korea was at war, with itself. Some 75,000 soldiers from the North Korean People’s Army poured across the border into the Republic of Korea. Suddenly, the cold war had turned hot. Americans and other major political powers scrambled as the world feared that World War III was becoming a reality. Five million soldiers would lose their lives and three years would pass, and by July 1953 nothing had been achieved. The peninsula was still divided down the middle and tensions still ran hot, but salvos no longer rang out.

The world’s attention would eventually be diverted from the peninsula. But, the peninsula would not stop being a hot bed of political news. The Kim family rose to power and established their communist state under Kim Il-sung. North Korea prospered in the immediate years after the war ended, and they were considered by the rest of the world to be better off than their neighbors to the south. However, under Kim Il-sung, things became increasingly more communistic, autocratic, and depressed. Citizens barely owned the clothes on their backs or the shoes on their feet. Every part of life was controlled by the government. Citizens were robots and the government were the ones who programmed them. Kim Il-sung worked tirelessly in his time as Supreme Ruler to insure two things. He made sure that power was centralized in his family’s government and that no one would ever challenge his family for power. His rule was not without its share of bumps in the road. His country failed to continue to prosper at the same rate, and this would lead to the collapse of North Korea’s economy. Kim Il-sung was successful, though, in thwarting any outside challenge to the throne, and he handed power to his son Kim Jong-il after his death in 1994.

Kim Jong-il ruled from 1994 to 2011. The diminutive leader ruled with supersized power and an iron fist. Kim Jong-il was not regarded well by the rest of the world, as he had a poor humanitarian record and his country was crippled by famine. Kim Jong-il flew relatively under the radar of the international community, at least as compared to his successor. He ruled for just over a decade, in which he mainly continued the policies outlined by his father. His rule ended on December 17th, 2014 when he finally died. He passed the title on to his third born son, Kim Jong-un.

Kim Jong-un did not wait to make his presence felt. He began a cold war with America by moving around nuclear weapons. Nothing ever came of his militaristic moves, but he did cause tension in the U.S. as he is unproven. Nobody knew what the leader in the hermit hole was made of. It’s hard to call the bluff of a card player with whom you have never played. So, too, is it hard to call the bluff of an unproven leader with his finger on the trigger. Barely anything is known about Kim Jong-un. Everything from his birth to his young child cannot be confirmed by documents or sightings. The country operates without cameras or press releases, so my guess is pretty much as good as the UN’s when it comes to wondering what goes on in the tiny peninsula. Although all of Kim Jong-un’s threats have come to nothing, he is not an innocent man. There is still a humanitarian crisis raging in the country, and the communist culture is not doing anything to help it. Between 80,000 and 120,000 people are still being overworked and underfed inside political camps in the mountains of North Korea. Pyongyang is developing (slowly) as pizza restaurants and boutiques are opening up and being run by citizens. The country is far from thriving, but like the rest of the world, the country is beginning to progress.

Kim Jong-un and his predecessors have established a rigid closed country in which nothing comes in and nothing goes out. People starve and die everyday and there is nothing the rest of the world can do. Going to war with North Korea would be like trying to fight a dragon with a stick. A country with so much nuclear force and no regard for human life would prove a profoundly dangerous enemy. So is the world’s only option to stand on the sidelines and watch the events unfold? This is the question for the leaders of the world. However, I would imagine that all are in agreement that North Korea is a pot that we cannot allow to boil over.