The most exciting time of the year 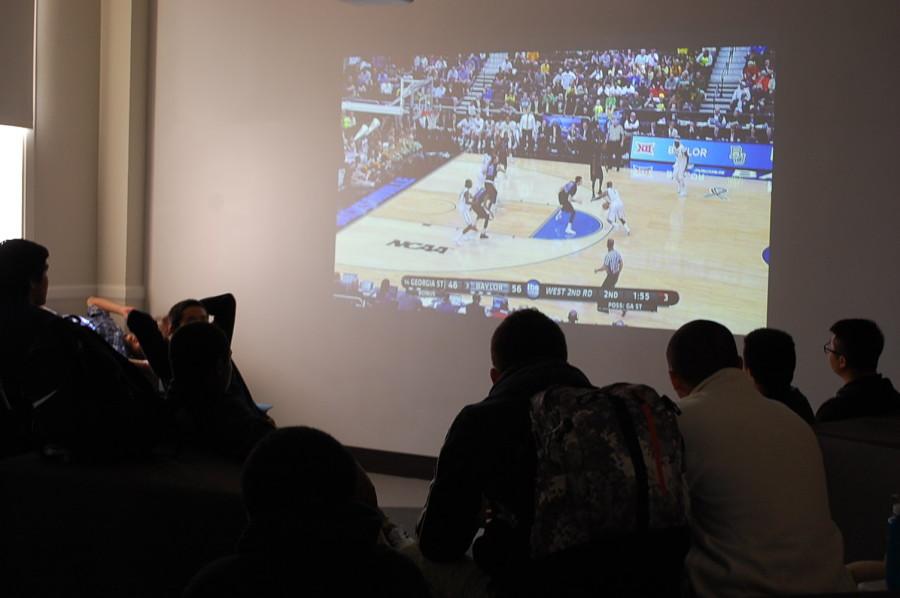 Students watch March Madness in the Learning Commons during a study period.

It’s almost that time of year again! College basketball’s March Madness is quickly approaching. Around the Hall, we do a school-wide bracket where no money changes hands. Students and faculty alike participate. Not only are the games exciting, but seeing how your bracket is doing in relation to your friends makes it a really fun experience. Here are my top five favorite parts of March Madness:

I already touched on this, but brackets are the most fun part of March Madness because it immerses each person in the experience. Instead of not caring about most of the teams in the tournament, every game is important. From the Round of 64 matchups to the National Championship, each game can heavily influence the outcome of your bracket. Last year’s co-champions were Elio Casinelli and Pavlos Peritos. However, since Elio is currently in Winston-Salem, it is up to Pavlos to protect his crown. However, Mr. Helms has a surprising pick for his projected winner: “I won two years ago and was top-10 last year, so its hard to bet against me. However, I see Eugenio Guardia taking the trophy this year (If he submits his bracket on-time).”

Watching the games at school

During lunch, the Columbus Room becomes filled with students like no other part of the year. Why? Because games are being streamed through the projector! Every student grabs his lunch and watches basketball, which is both exciting and a great bonding experience for our school. It is a blast and one of the most exciting parts of the year.

No food item compliments college basketball like chicken wings. That is why, during the month of March, I will consume a diet consisting almost universally of wings. These delicious food-items are necessary for a complete March Madness experience. Also, pizza, sandwiches, burgers, and anything from the grill passes as acceptable food.

The Final Four is the most exciting part of every college basketball season. Getting to the Final Four requires winning your region in the tournament. There is a reason that coaches are judged on National Titles and Final Four appearances; to top programs, these are the only things that matter. Every year, Mr. Marquette attends the Final Four, so he has a much better view than any of us at home. When asked about his favorite memories, he said, “There have been so many, but the first one I saw with Larry Bird and Magic Johnson playing at the University of Utah stands out, as Indiana State went undefeated that year until the title game.” He also said that the first game in the Superdome when Indiana’s Keith Smart hitting the winning shot to beat Syracuse 74-73 was an incredible memory, as well as the late Jim Valvano’s iconic championship win in 1983. The incredible atmosphere at the Final Four continues to bring Mr. Marquette back to the games, and it is a testament to the power of college basketball’s biggest event.

“I would love to see Virginia and Kentucky,” said Mr. Marquette when asked about his prediction for the National Championship game. Esteemed Biology teacher, Mr. Helms, sang a different tune: “I see Kentucky losing in the Sweet 16. My money is on Duke.” March Madness is so special because no one knows what is going to happen as much as the next person. However, my money is also on Duke. And, gifted with the rare talent to predict the future, I will be correct. And I will be excited. My prediction for the National Championship game: Duke 74, Kentucky 71.