The Hall Looks Poised for a Deep Run 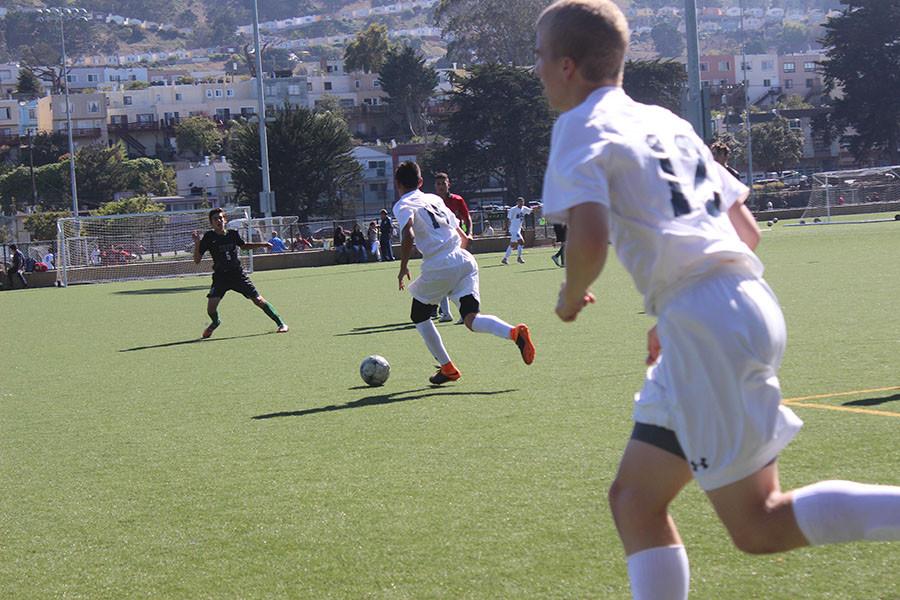 Adrian Medina brings the ball up field in The Hall's first preseason game against Drew.

After the heartbreaking loss to Marin Academy last year, the SHHS soccer team is back and looking for revenge. After losing nine seniors last year, Alex Palmer ’16 and Callaghan Swearingen ’16 are ready to take the team back to where they belong. If you were to show up on the first day of tryouts, you would not yet see the coaches, but you would see the captains leading dynamic stretches and pushing the new recruits harder. In their new positions as leaders, Palmer and Swearingen aren’t about to let anyone slack off this season. Aside from the twelve new freshmen, we welcome a new face to The Hall soccer team, JV coach, Jorge Bordt. He has played in three futsal world cups, and one season for the US soccer team. With new energy leading both JV and Varsity, this season is looking like a comeback campaign. At the soccer meeting for the Positive Coaching Alliance, Coach Antonio broke some good news to the team. Marin Academy, the lone thorn in the team’s side since the beginning, will no longer be in their division. The room visibly shifted when he said this, returning players leaning forward in their chairs. I think that this act of leaning forward perfectly illustrates how the team feels about this season.  After losing to MA on a couple of more than questionable calls, the team has their work cut out for them on the championship road. They are all ready to lean forward and get to work this season.