Domination on the Mat

The Hall Wrestling Makes Noise at Tournaments across The Bay Area 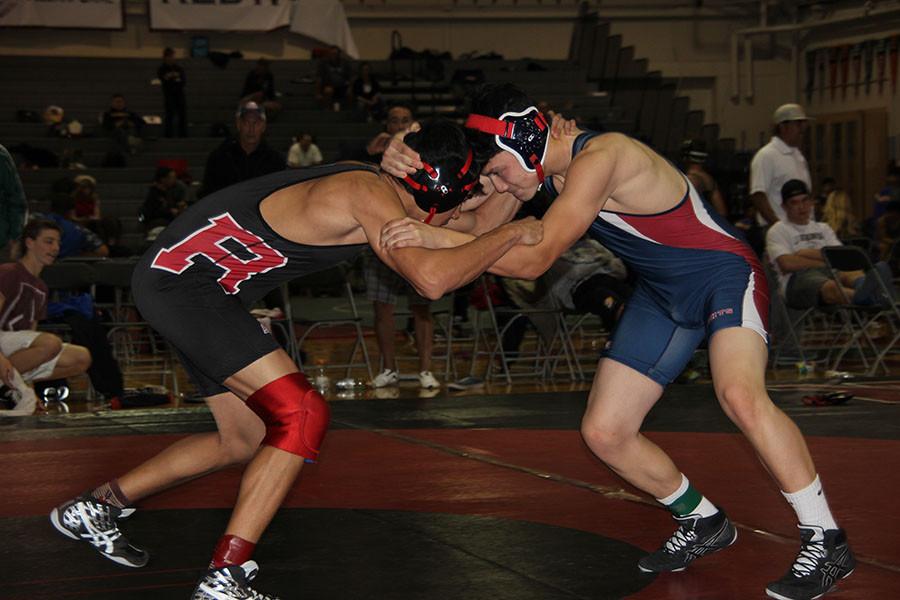 Willie Reader (pictured) looks to finish the season with a bang, in his first and only season.

The Stuart Hall wrestling team has had a decent start to the season and is looking to continue to improve in the new year. Already having had multiple meets, the Knights are training hard in preparation for what could be an intense postseason. The varsity tournaments have included Faultline Duels at Redwood High School and Green and Gold at San Marin High School. The junior varsity team competed in the James Logan Tournament, the Mark Muñoz Invitational, the Karen Foley Classic, and Newark Memorial Tournament. At one of the more recent tournaments, the Karen Foley Classic, Evan Kim and Michael Liu took 2nd, Alex Berbey took 3rd, and Jonny Forman battled for 4th place. Other great performances were given by Willie Reader, who faced some formidable opponents. At James Logan, the team fought hard at a tough tournament, where Kaito Henry was the only wrestler who placed.

Through winter break, the Hall suffered many injuries, which took out Jacob Hubbard and Arjun Saxena who are two key wrestlers on the varsity roster. Thankfully, they have recently returned to the mat. In the upcoming week, the wrestling team is going to be wrestling at the Albany tournament. The varsity team have a busy schedule ahead, having to compete at the American Canyon Tournament, the Windsor Tournament, and a two-day tournament in San Jose.
Dates and times for upcoming meets can be found on the Hall Athletics Page.