The Struggles of a Student Athlete 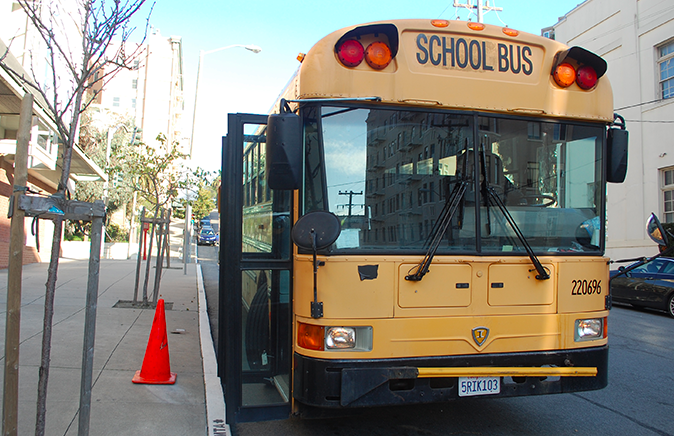 Leaving school early for sports has a different effect on every athlete, but it definitely requires them to have time management skills and organization.

Over the fall and winter sports seasons, I have been hearing the same issue coming up over and over again. Both in my own home, and all across school from students and faculty alike. This is the topic of leaving classes before dismissal in order to get to a sports game. From time to time, entire teams will generally leave school half an hour or so early from class. This is obviously a necessary thing to do for games farther away from school. In order to have warm up time before games, leaving on the bus early is the only way to give yourself that time.

As it pertains to wrestling, there are actual rigid league rules that mean wrestlers must leave class early in order to be weighed in for the meet. According to Mr. Woodard, the head coach of the wrestling team, The NFHS rule about this states that “wrestlers have to weigh in at least an hour before dual meets, and no more. For tournaments, they must weigh in at least two hours before”. In this case, to compete in these events and represent their school, it is absolutely mandatory that wrestlers leave class early to weigh in. Mr. Woodard takes both his team and his classes very seriously, and he looks at athletes balancing school and sports as a very good thing. “I think that it is great that student-athletes are challenged with balancing school and sports. There’s a reason it says student-athlete on their college applications. The fact that we are challenging them to live up to the title student-athlete is a good thing. They need to be able to find that kind of balance in their life.” Obviously as a coach and a teacher, Mr. Woodard sees both sides of the work and drive it takes to be a student athlete. Some other teachers, however, see leaving classes early as an obstacle that forces students to spend additional time outside of class, which does not always happen. The implementation of sports into an academic career tends to leave many students unnecessarily behind on work and class material.

Mr. Teixeira, who feels very strongly about the issue, is one of the teachers that believes that we should try and mitigate some of the negative impacts. Ultimately, he thinks it’s unfortunate that sports and schoolwork are competing for a student’s time. “While I recognize that there is great value in students participating in athletic programs and committing themselves to the dynamic of group sports, I do wish that students’ participation in athletics didn’t have to compete with their academic responsibilities as well as their time in class. Ultimately, it is the student’s responsibility to check in with a teacher regarding missed notes, in-class assignments, etc. when they’re absent, but the unfortunate reality is that very few students ever do this.” Mr. Teixeira realizes the same thing as Mr. Woodard does, that the balance of these two things is a good challenge for students. Making up missed work requires meeting with teachers outside of class, and that is where Mr. Teixeira sees the problem. Whether it’s the students forgetting to check in, or just not doing it at all, Mr. Teixeira doesn’t see enough evidence of students actually trying to balance responsibilities as students and as athletes. This difficulty in striking a healthy balance between the two often impacts negatively on a student’s grade, and unless that changes, Mr. Teixeira feels that something should be done.

This issue has stock on both sides, but the bottom line is clear. There is going to be change soon. There are good reasons for teachers to be worried for students’ academic success, but is this challenge a good or bad thing? All of these lingering questions have been asked for months, and the answer seems to be near.

In general, teachers seem to think two ways about this issue. While many appear to not be personally affected by the effects of student athletes, it’s hard to deny that the loss of valuable class time isn’t a hindrance to the learning of those who take part in sports. Luckily, the schedule has been configured so that only D and H periods can end a day more than once a week. This limits the amount of class time a student can miss and more importantly, the amount of material. While steps are being made to find a solution to this problem, not enough progress has been made, and there needs to be change. This problem can’t continue to go on if our school wants to continue to attract the high-caliber level of student athletes it currently does. Overall, this issue has stock on both sides, but a bottom line is clear. Teachers and students alike have good reason to be worried for the academic success of athletes at our school.

In general, teachers seem to think two ways about this issue.  It doesn’t appear to personally affect many of them, as I haven’t heard anything from most of my teachers. However, some believe that leaving class before the end takes away from valuable in-class time. Thankfully the schedule is configured in a way where no one period ends the day multiple times in one week. This limits the time missed by one student in a single class. The amount of material that is missed by any individual student is effectively limited by the schedule. There are steps being made to address this issue, but we are not much closer to finding a compromise at this point, and there needs to be change. This issue has stock on both sides, but the bottom line is clear. There are good reasons for teachers to be worried for student’s academic success, but is this challenge a good or bad thing? All of these lingering questions have been asked for months, and the answer seems to be near.