the golf and tennis teams look to continue their success 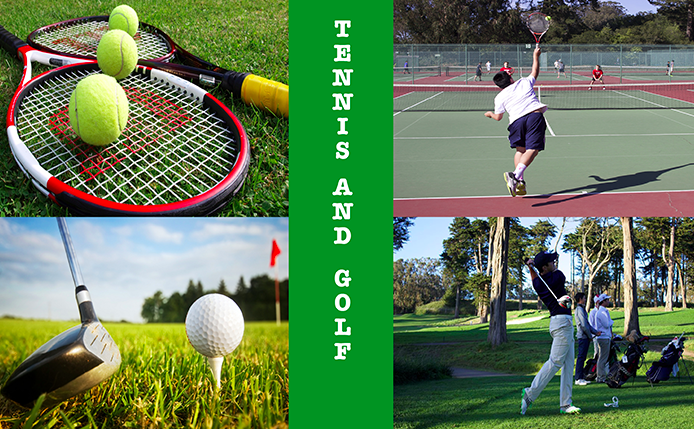 Tennis looks to improve on previous mediocre seasons, while golf looks to continue its' dominance.

In 2016, the tennis and golf teams are looking to improve on last year’s successful seasons. As an up and coming team, tennis prepares to succeed, despite the lack of senior leadership. Golf looks to star linksman, Daniel Connolly to anchor yet another run to NCS. With the seasons approaching, the two teams should expect big things from the freshman class, and hope for another winning season, as the competition gets better in the BCL West.

The tennis team has some big shoes to fill, as former captain and number one singles player, Kienan O’Doherty, graduated as one of the best players in school history. The team played well last year compared to previous seasons. However, they have not made a run in the playoffs in seasons past, and are yet to win a league title. The team is prepared to turn things around, with the addition of four new freshmen and the improvement of its returning squad. As the season goes on, the team will be battling for roster spots with the loss of many of players who have decided to flock to other sports. Despite this, the nucleus of sophomores, juniors, and lone senior Daniel Im, are going lead the team to a successful season in 2016.

The golf team has been very successful in previous years, and are looking to carry on this success with star golfer and SMU commit Daniel Connolly, who looks to lead his team to an NCS Championship this year. The team has also improved with the addition of four new freshmen as well as the team’s valuable experience from last year’s third place finish. The most important goal for the athletes this year is to win NCS after falling short last year. Daniel Connolly said, “It would be great to win NCS this year since it is my last season playing for Stuart Hall. The team has vastly improved and we hope to achieve both our personal and our team goals.” The golf team looks poised for an excellent year and should fulfill all expectations heading into the 2016 season.