The Hall Lacrosse Team Wants to Overcome the Predictions

new players look to lead them to victory 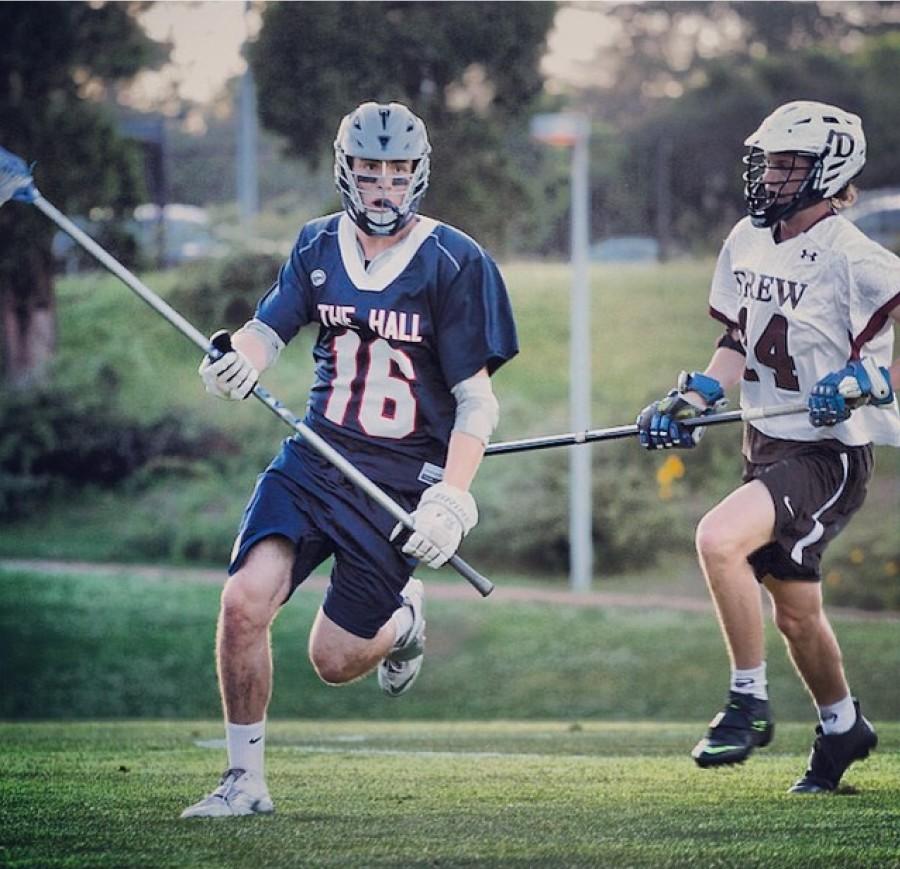 The rebuilding program looks to have a winning season.

Although the Stuart Hall Lacrosse team will be heavy underdogs this year they will be putting in hard work to be the best team that Stuart Hall has had. With a record turnout at the team meeting and the first day of practice sophomore forward Gordon Smit ‘18 said, “I am very excited about this upcoming season because of all the new faces. For the first time our team should be competitive.” Under the direction of new coach Jeff Russell who played NCAA Division 1 lacrosse at Loyola Maryland University. With all these numbers and leadership The Hall should have a very successful season.

The Hall has some very experienced seniors to help lead all of the eager young bucks. Senior captains Andrew Veld ‘16 and Colin Carr ‘16 who respectively play midfield and defense are joined by other senior star goalie Evan Kim who is known around the league for his shot stopping prowess. The team will have some young blood in twelve new players with eight of them being freshman and four of them being sophomores. This team may be the best lacrosse  team that Stuart Hall has ever fielded, although it should not be that hard to improve on last years paltry record of four wins and six losses in which the team got shut out four times. The Hall got some much needed experience for their young team with a scrimmage vs Windsor Academy. The lacrosse team will start their league schedule today San Rafael High School, looking for their first win.