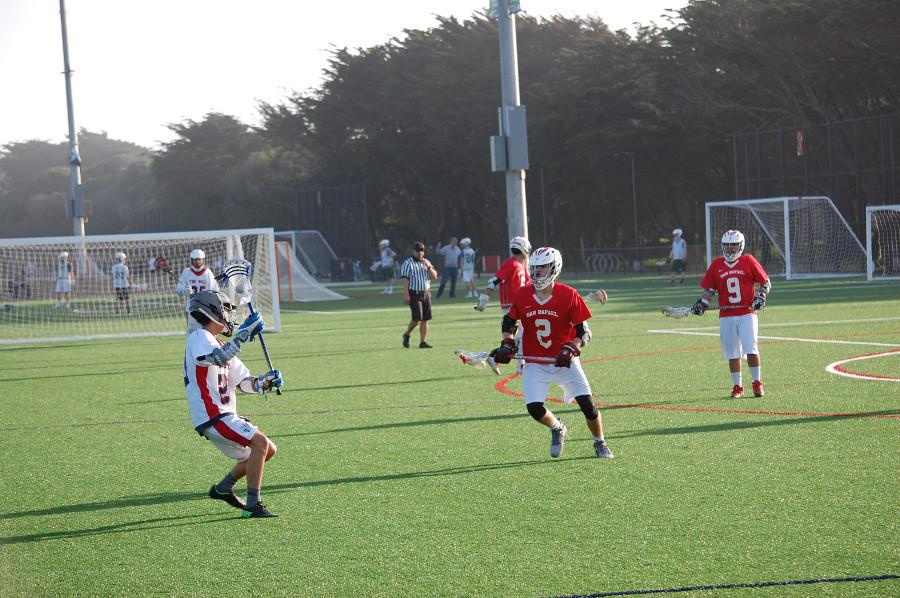 The Stuart Hall lacrosse team played their second game of the season against San Rafael High School on Thursday, February 26. Throughout the game it was back and forth with the score but the Knights came out the victors by winning 7-6. Andrew Veld ‘16 scored 4 goals including the game winner in the last 19 seconds of the game. He was a huge reason for the victory and his presence on the field was known. Rookies Ben Covington ‘19, Ben Zintak ‘19 and Drew Jasper ‘19 also found their way on the scoreboard each recording 1 goal. The defense in this game was clinical with both team’s offenses really being dominant. Colin Carr ‘16 and Emilio De Anda 18’ really commanded the defensive side with clutch stops. Some amazing saves were made by goalie Evan Kim ‘16 and he really played at top form. There were also quality performances from Carson Fleece ‘19 and Harry Billings ‘18 as well. Both of them really played their hearts out and took rough hits. Veteran Emilio De Anda ‘18 talks about how “without last year’s seniors I thought we were going to struggle but the freshmen really stepped up and showed that the team is in safe hands in the upcoming years.” Without the depth of the bench the team would not be able to last the length of the game. The Knights played an amazing game and hopefully with their first win of the season they can continue to get wins.