new faces excited to start the journey as Knights 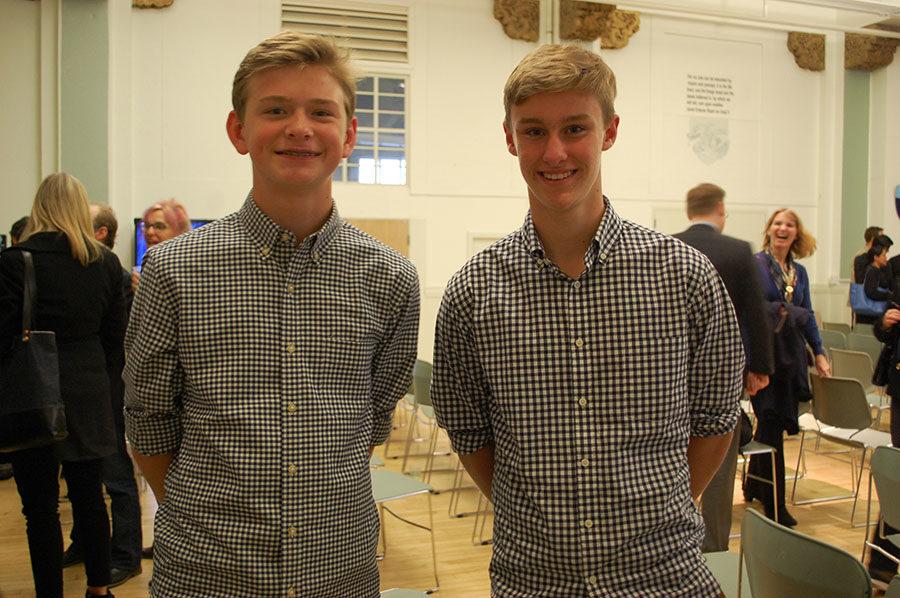 Incoming freshmen pose for a photo at the student information session on April 12.

As our seniors are preparing for college and life after The Hall, the incoming class of 2020 is also preparing for a new chapter in their lives. Transitioning from middle school to high school is a challenging feat, and there are a plethora of new faces in a new environment to navigate. The incoming class is coming from 28 different schools, compared to 26 different schools from last year’s class.

Speaking more on the demographics of the class, Mr. Khan said, “This year’s NDV 8th grade class was awesome, a tremendous class. We got six or seven NDV kids alone, they’re probably the biggest feeder school besides Stuart Hall for Boys. Last year we had 13 or 14 kids from Stuart Hall for Boys, this year we had a few less, I think it’s around 10 to 12 kids.” Khan spoke on the population of kids who live outside the city as well: “This year we have around five kids from Marin, whereas last year we had like 12 kids from Marin, which was probably our biggest group from Marin.” I asked Mr. Khan if our school aims for a total enrollment number, and he noted, “We want to be right around 200. The cutoff to become division 4 for sports is 209. So we want to stay under 209. Next year we’ll be at 206, so we’ll be right up against the cut off, and that’s assuming no transfers are coming in. So over the summer we’ll probably get a bunch of transfer applications, and maybe one or two that we want to strongly take a look at. Per class, we always try to aim for right around 50 kids. This year there was a bigger push to do that because we’re well over 200 now, and the senior class that’s graduating is only 47 guys, so even right at 50 our school would be three guys bigger next year. We ended up at 53 in the incoming class. The incoming class is a little bit smaller in that sense but intentionally so because we didn’t want another class of 56.”

Recently, on Tuesday April 12th, Mr. Farrell hosted a mixer for incoming families and students to speak on subjects like registration, the 1:1 program, and other information new freshmen will need. I asked eighth grader Sean Mendiola what he’s excited for next year, and he mentioned, “I’m looking forward to more diversity and a lot more creativity and a new learning experience at Stuart Hall.” Another student from Stuart Hall for Boys chimed in on his interest in the sports program here: “The academics and the athletics are both very good. I’m excited to try out and hopefully play for the baseball and basketball teams.” This student chose to remain anonymous, but his classmate Owen Murphy had this to say when asked the same question: “I really liked the classes that I shadowed and I just really got a tight community vibe. I’m really excited for the Costa Rica trip.” Who wouldn’t be?

In addition to welcoming 53 new faces into the community, next year, we will be adjusting to a change in sports divisions. Instead of our current division five standing, the school will bump up to division four due to our powerhouse basketball and track teams. Traditionally, divisions have been based on school size, but next year how well a team does is taken into account. There are many new changes to look forward to in the upcoming year, and we will welcome the incoming class with open arms.