Glover proves to be Jack-of-all-trades 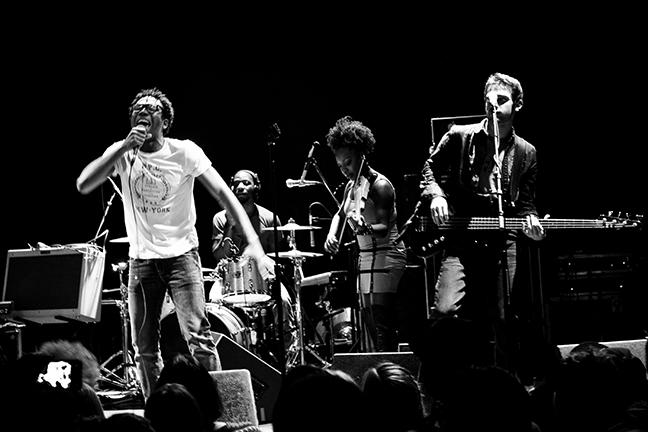 Glover performs at New York City's Bowery Ballroom in 2010. The rapper/comedian/actor begins a concert tour in Australia in January.

Every now and then, someone appears in the starlight who can do it all. He dominates every field he appears in without a hiccup. Stars like this are few and far apart, but Donald Glover has proven himself one of them.

Glover began his rapping career in 2008 under the stage name Childish Gambino, releasing multiple mixtapes which would eventually lead up to his official debut album “Camp” in 2011.

As he began to build his fanbase, Gambino went go on to finish his second studio album in 2013, “Because the Internet.” The project became a Grammy Award nominee for Best Rap Album. With only two studio albums, a nomination for this award was unanticipated.

Listeners should be aware that like a large portion of the rap community, Gambino’s lyrics at times contain misogynistic themes.

Working under a given name, Glover is known for comedy television writing, acting on the popular show “Community,” and appearances in a multitude of popular movies including “The Martian.”

At the moment, Glover is the creator and star of his own show “Atlanta,” which is receiving phenomenal critical success as it runs through its first season. FX Network took the unusual step of renewing the show for a second season after airing the pilot episode.

Despite his production and acting schedule, Glover still finds time to create some of the best beats and has put out multiple albums, including his most recent project, “Pharos.”

A three day concert at Joshua Tree, a desert in Southern California famous for its spirituality, was the initial release of the album. Listeners are already praising it for it’s unusual and experimental sound.

Donald Glover’s combination of artistic diversity and willingness to push boundaries has led him to become a staple in the entertainment industry. Every great artist needs a substance that makes them different, and Childish Gambino is his.