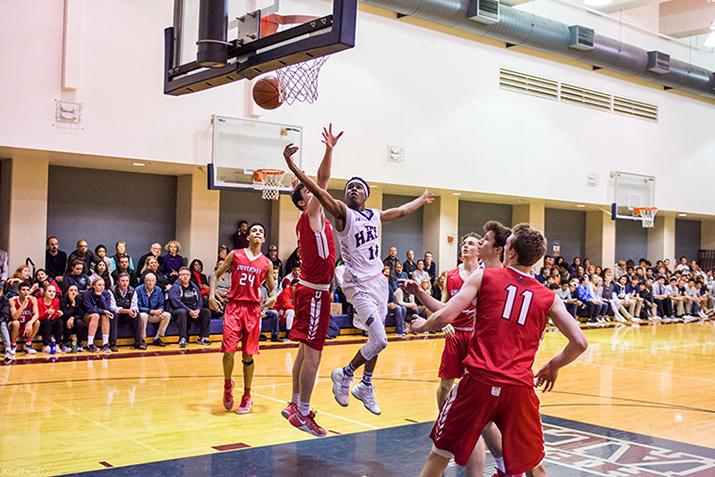 Darná Stewart ’17 attempts a layup against University during a regular season home again. Stewart and the Knights will look to reach their second NCS championship in three years with a win over SJND. (Jordon Chin)

The team we played in January is not the team Stuart Hall is today.”