Keldsen excels on the water 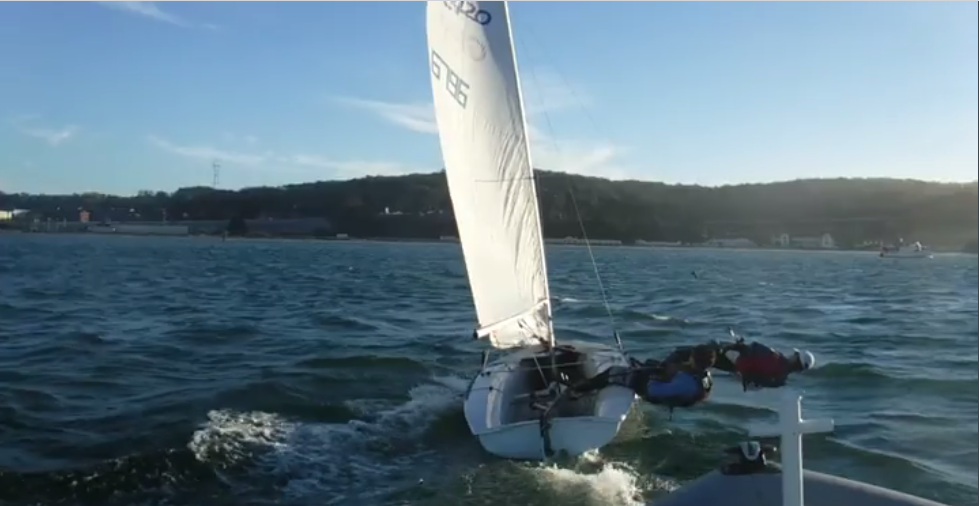 Mats Keldsen ’18 executes a maneuver with the help of his teammate at sailing practice on the San Francisco Bay. Kelden travels often for sailing regattas, going as far as South America to compete.

Every other weekday, Mats Keldsen ’18 is on the water in the San Francisco Bay, practicing for SHHS sailing team and he hopes someday, the Olympics.

Sailing with his father since he was 7 years old, Mats’ training consists of not just boat drills and practices of procedure and maneuvering, but also running and core exercises to be strong enough to operate a sailboat’s heavy equipment.

“I’ve always felt a connection to the water,” Keldsen said, “especially when it’s less about competition, and more about teamwork and working together with new sailors. Being on the bay is such a great place to do that.”

The St. Francis Yacht Club and instructors Brent Harill and Adam Corpuz-Lahne train high school teams from all over the city at the marina between Fort Mason and the Presidio. Teenager sailors use Flying Junior sailboats or FJs, designed to be easy to use for inexperienced seafarers. Teams then compete in regattas, series of races over the course of a weekend.

“He’s got a natural talent and a great work ethic,” Harill said. “His experience both from his travels around the world and his childhood helped him become a very skilled high school sailor.”

Keldsen has sailed and raced for the United States national sailing team in Japan, Spain and Peru, and raced independently in Argentina. Although the Inter-Collegiate Sailing Association bans sailing scholarships, Keldsen and his teammates hope to be directly recruited to colleges for their abilities.

Aside from his instructors, Keldsen has been reaching out to other professional sailors of his yacht club for both training and opportunities. The minimum age to compete in Olympic sports is only 16 years old, so Keldsen and many of his teammates will be eligible to compete by the time of the 2020 Tokyo Games.

“We’re both skippers,” fellow sailor Michael Tellini ’17 said,” which means we don’t sail together, but he’s a great sailor, great tactically, he’s been doing it a long time. I think he has bright future ahead of him.”