New mural appears in back stairs 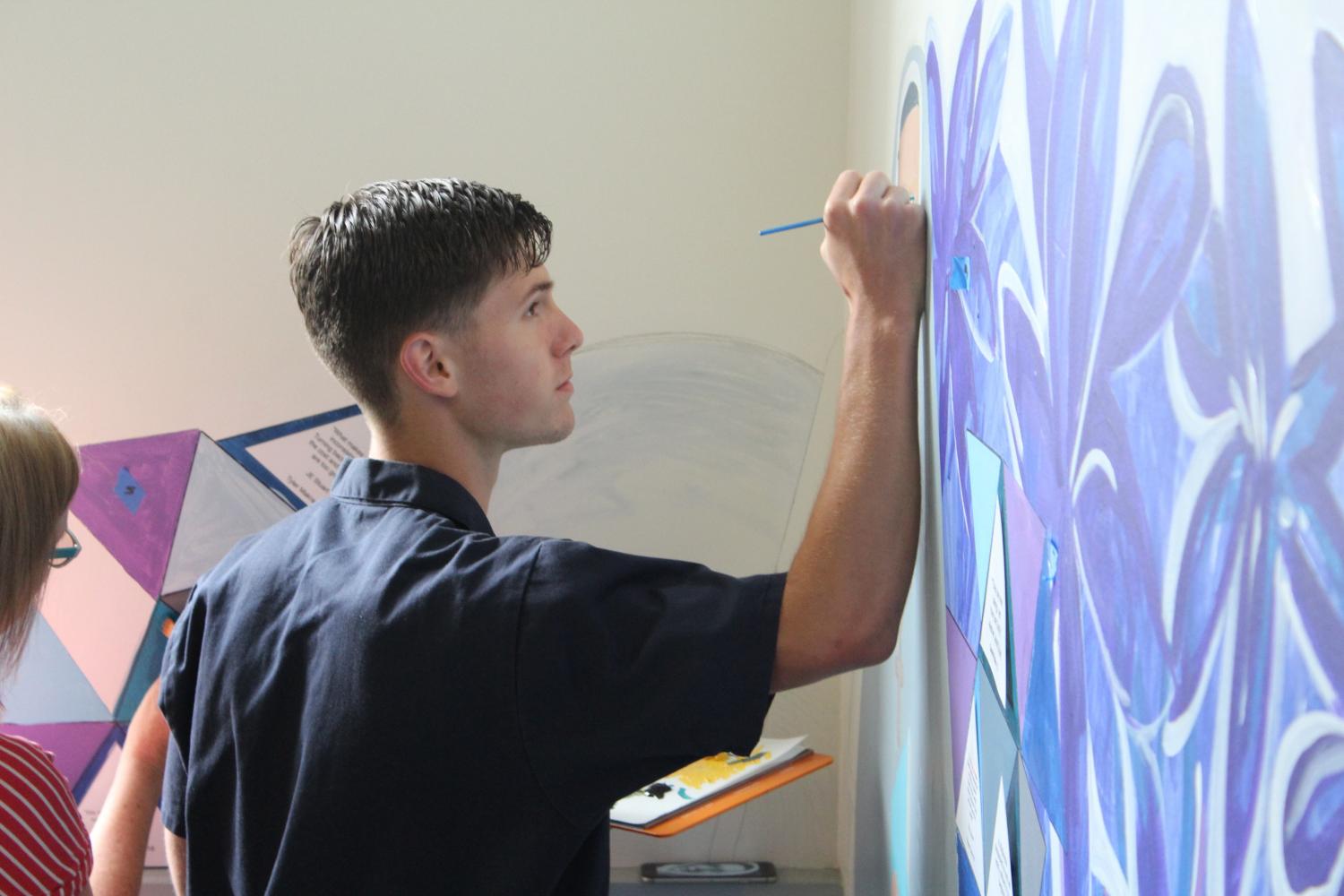 Edward Emery ’17 works on the mural at the Pine & Octavia campus. Emery assisted Artist-in-Residence Patter Hellstrom in finishing the mural that every junior has contributed to.

By Sean Mendiola and Anson Gordon-Creed

Stuart Hall’s newest mural, currently is in progress in the western upstairs stairwell, not only honors the school’s namesake, but is also the focus of a class discussion of art and mathematics.

The student-created mural in progress “Janet Erskine Stuart: Our Moral Compass,” shows how math ties into artistic aesthetics. Michael Campos’s junior Theory of Knowledge class is collaborating with Hellstrom and her class to examine the relationship between art and mathematics.

“With the TOK class we hope to achieve the exploration of the nature in art through the understanding of our school’s heritage,” art teacher Patter Hellstrom said.

“TOK provides students the opportunity to take all of their learnings from other classes and find ways to define how knowledge is constructed in each discipline,” Campos said. “The way knowledge is defined in natural sciences and may not be how it is defined in art. In human sciences, knowledge might be defined in a different way than in mathematics.”

The Junior Visual Arts class, notably with the help of Edward Emery ’17, is painting the mural to detail Stuart’s call to vocation, represented by blue hyacinth flowers.

“It was a huge task, and I think Edward should get a lot of credit because he drew everything by pencil and sketched everything out all by himself,” painter Carlos Armendariz ’18 said. It was time we had a mural of Stuart.”

Campos’s class has taken trips to the stairwell to discuss how mathematical concepts such as patterns, centers and color values were crucial to its creation. Students also contributed to the mural themselves by taping their favorite quotes onto allotted spaces.

“You see math and you think it’s very logical,” Nicholas Watts ’18 said. “You see art, and think it’s very subjective and changeable, but what’s interesting about this unit is that we get to combine them and see how math and art have a lot in common.”