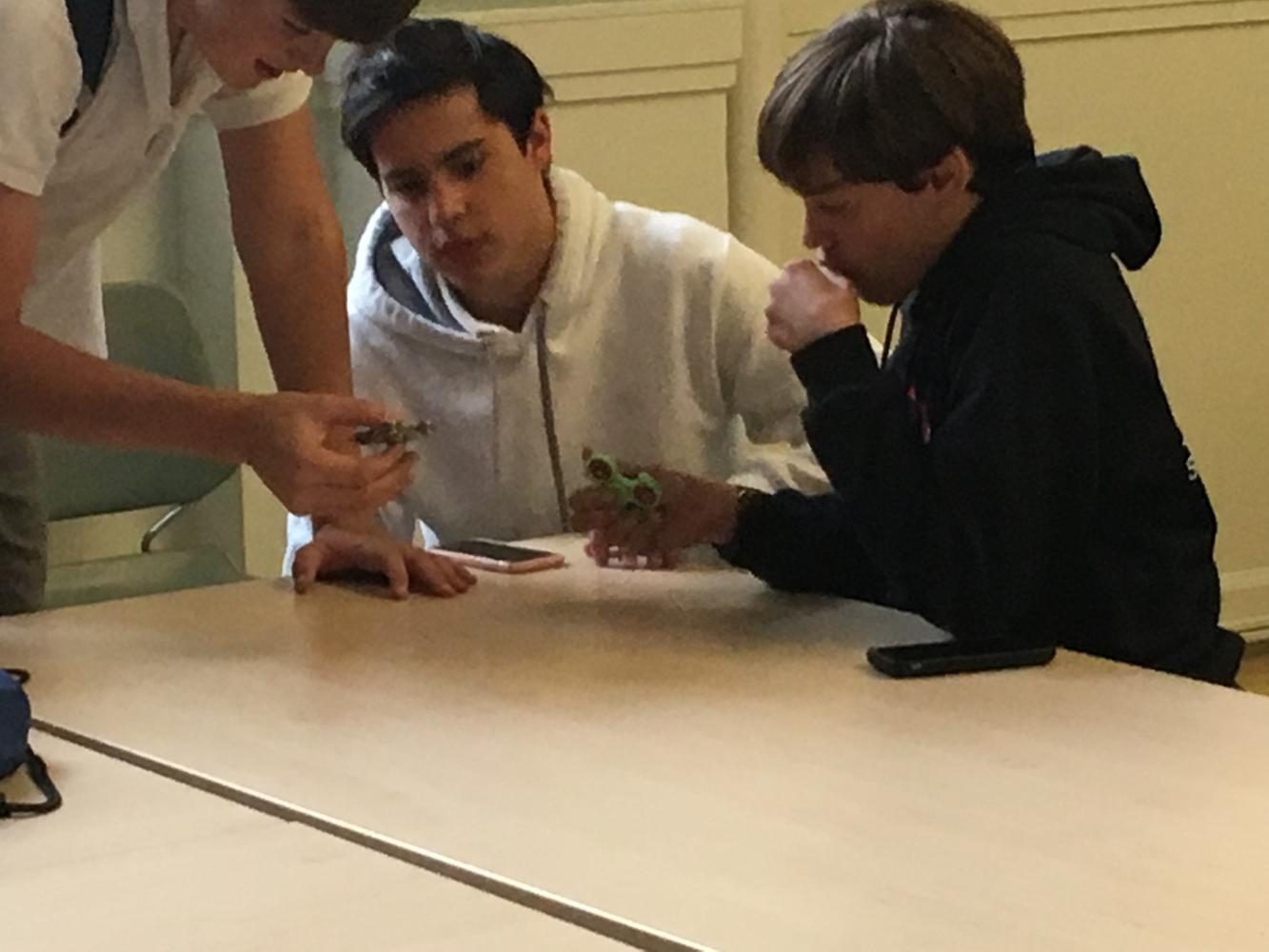 Student play with fidget toys during lunch. The toys have been beneficial for some students, but have also proven to be a distraction in the classroom.

Triangles and cubes click and whir in an increasing number of Stuart Hall classrooms, yet  the faculty has taken no official stance on so-called “stress relief devices.”

Sales for spinners and the Kickstarter-funded Fidget Cube have been increasing rapidly since 2016. The gadgets are often listed as office or classroom toys to help users remain focused by occupying their hands.

“I got it at Walgreens because I thought they were pretty cool,” Angel Padilla ’18 said. “I do fidget a lot, so it’s handy to me. I sometimes use it in class, and sometimes in church. Anytime I need to be silent and not moving.”

When students use the toys differs from class to class. In most classes, students tend to have them all away by the time the period starts, although some simply use them during less active parts of the curriculum. Teachers are still undecided on how whether or not the the devices relieve distractions, or create them.

“With laptops I don’t know if students are using them productively or not,” English teacher Ben Su said. “The spinners on the other hand, are so visible, students from across the room can be distracted.”

Although some schools have banned spinners, Stuart Hall has made no such formal arrangement as of yet.

“We haven’t talked about regulating them at this point,” Dean Reynolds Marquette said. “We’re hoping that students can be mature enough to understand that they can be a distraction and that they will not have them out during classes.”

Users claim the toys help them concentrate, and that they only use them when it would not detract from the class. Some students even hope to use them to break other, less healthy fidgeting habits, like picking fingers.

“I got the spinner so I could focus in class better,” Ares Williams ’20 said. “I was fidgeting a lot, and this helps a lot. They [My teachers] thought it was pretty cool. A lot of them wanted to use it. I generally use it during the lectures, so I can listen and not focus on anything else.”