Class of 2021 gathers for Coed Social 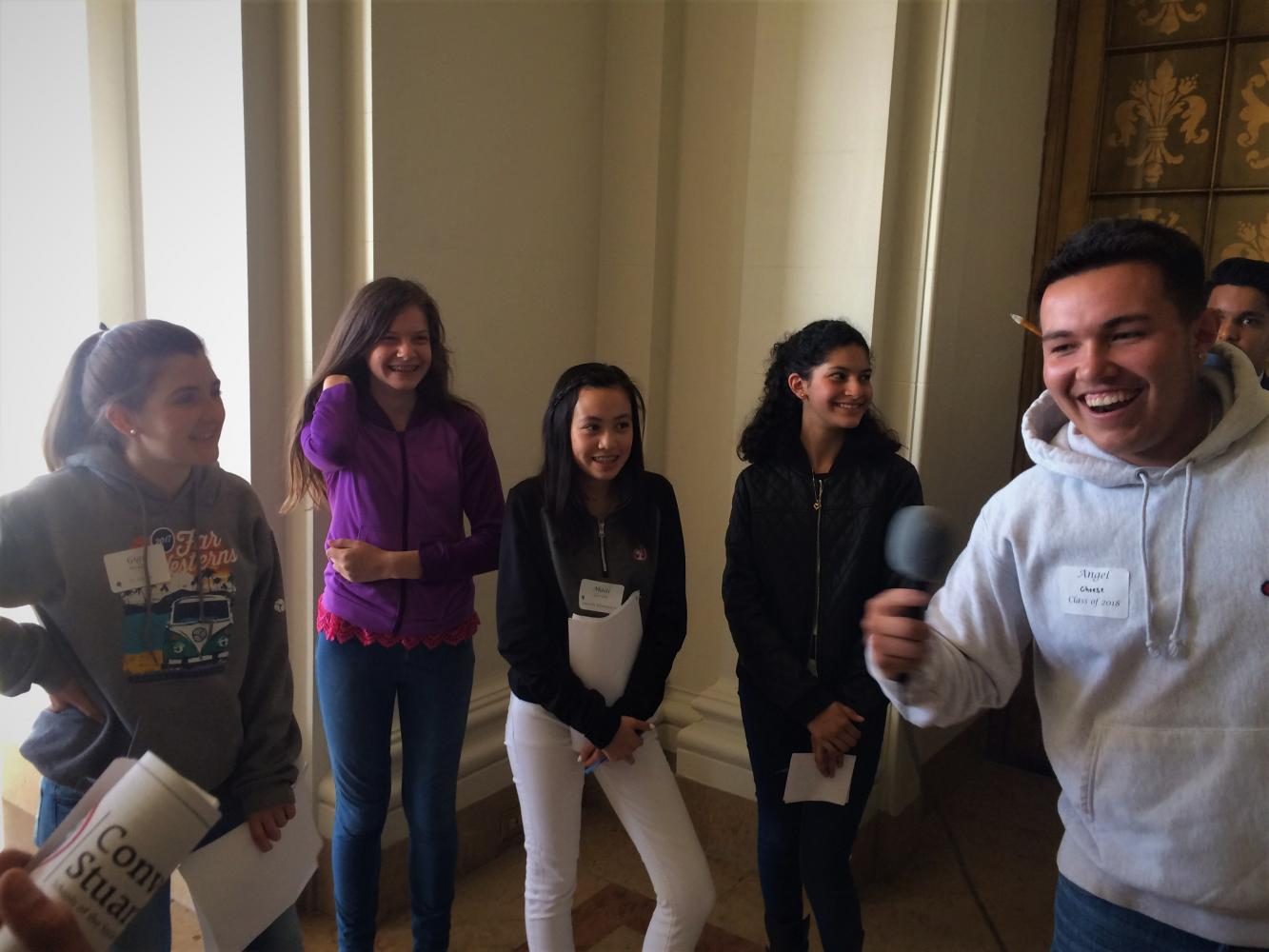 Angel Padilla '18 directs a group of students to sing a song with the for "star" in the first activity of the night. Each group had to write down as many song names as possible with contained the given word before being instructed to sing for everybody.

The incoming freshman class gathered in the Main Hall of the Broadway campus Thursday night for its first social event as an entire class.

The Coed Social has become an annual event for incoming students of Convent & Stuart Hall High School. While some students already have friends from their middle schools, the social is the first opportunity begin forming a community.

“It felt so odd helping to run this thing,” Max Rodriguez ’18, who volunteered at the event, said. “We had our social upstairs only a few years ago, and now we are going into our final year.”

As the Class of 2021 boasts Convent & Stuart Hall’s the largest class with over 120 incoming freshmen, the Main Hall was a much more accommodating venue to host the event given its size.

Parents met in the Little Theater for an information session.

In the Main Hall, Angel Padilla ’18 took hold of the microphone as the newly elected Spirit Representative and directed icebreakers. The games forced students to interact with one another and cooperate in order to succeed.

“There was so much energy,” Padilla said. “I tried to push everyone that I could to participate, and the majority of them did.”

Everyone gathered for speed dating after pizza and ice cream. After the usual questions of “What school are you from?” and “What is your favorite hobby?” Padilla encouraged rising freshmen to create secret handshakes with one another and then open their Snapchat accounts and add their new classmates to their friends list.

“I really look forward to next year,” incoming freshman Chris Davis said. “The guys who ran the event seemed really energetic, and it felt like a welcoming community.”