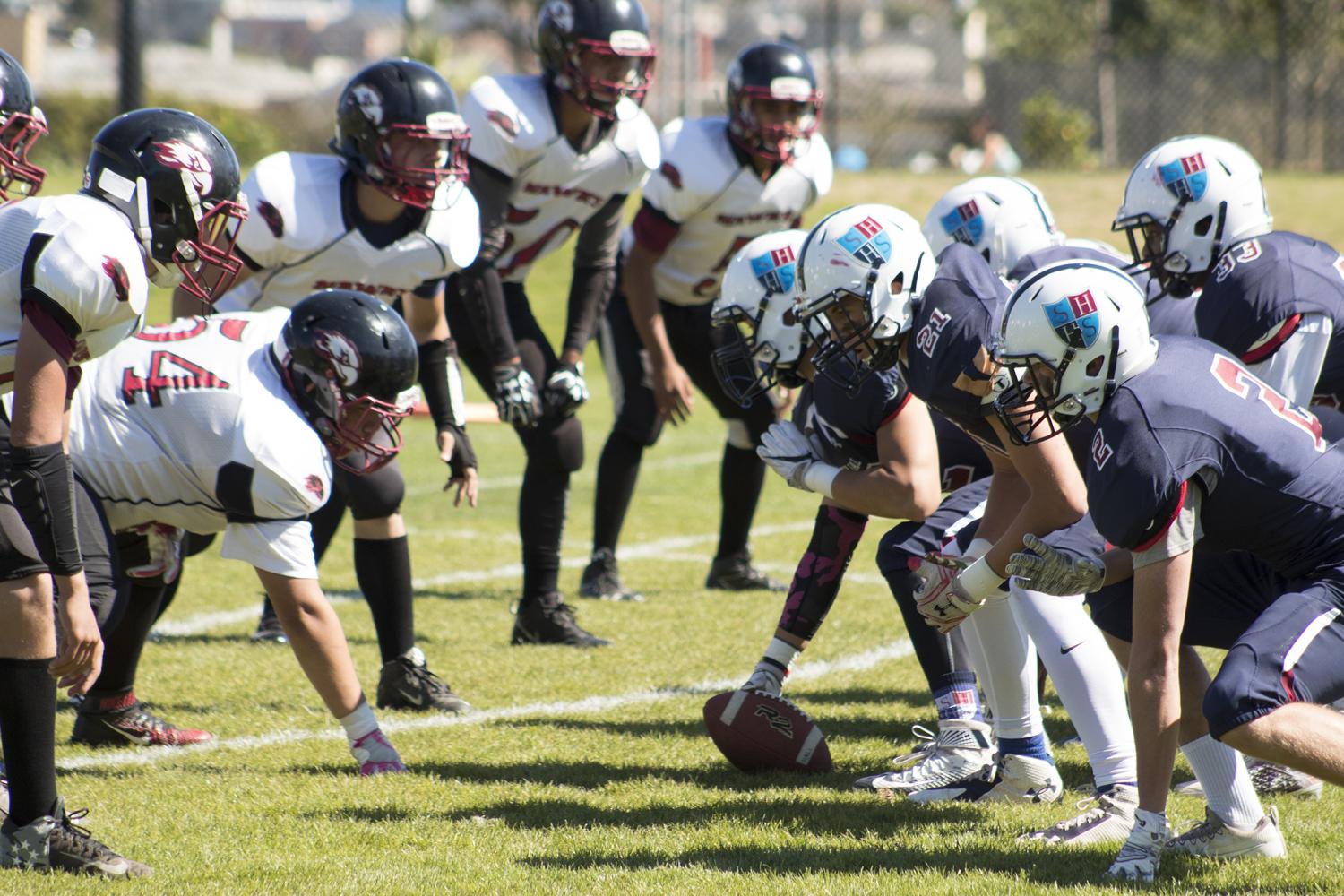 The Hall lines up on the line of scrimmage during the Homecoming game at Boxer Stadium. The team is in action again next week against Tomales on Friday at 7 p.m. in San Juan Bautista. (Nicholas Hom)