Wildfires serve as wake up call

North Bay fires stand as a reminder to value the positives 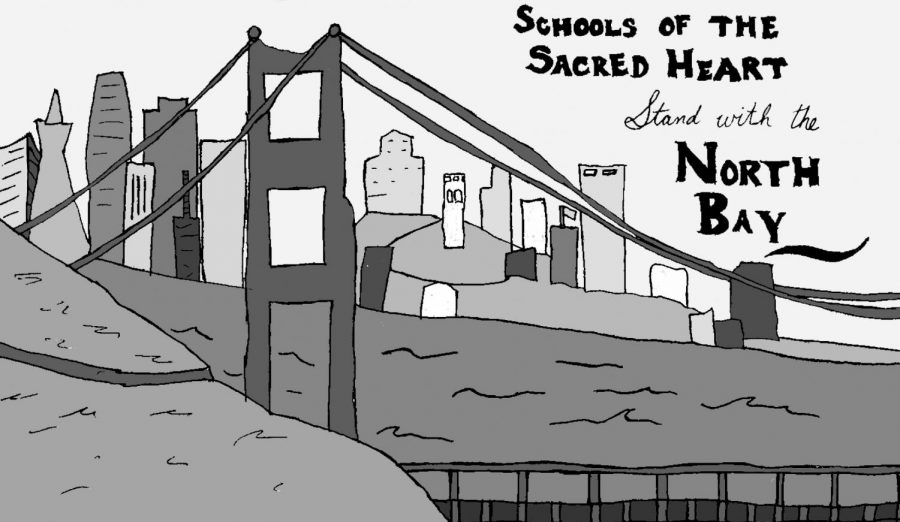 Recent catastrophic events in the counties of the northern Bay Area should prompt the Convent & Stuart Hall community to realize that good fortune isn’t to be taken for granted. Almost everyone in the Bay Area has seen or felt the effects of the horrendous Northern California fires firsthand. Some students were in the area when the fires broke out, while others with homes in the North Bay have lost property.

Outside of our community, the effects of the fire have been much more devastating in many instances. In the North Bay, countless families are now without homes due to fires that destroyed neighborhoods in hours. Other North Bay residents were killed during the horrific fires, leaving family behind to mourn.

The Northern California fires and their effects should serve as a reminder that tragedy can strike anyone at any time. While it often feels distant, misfortune isn’t something that can only happen to other people. The fact that everyone is at the mercy of nature should impel us to value everything we have, while we have it.

Believing that something like a natural disaster will never strike close to home is a natural coping method, but the truth is that nobody knows what tomorrow holds. The thought of potentially being affected by a tragedy is rather bleak, yet it does stand as a reminder to appreciate the positives in life.

In the current climate, nothing should be taken for granted. Students need to appreciate friends, family and possessions. It is when we lose perspective on the positives in our lives and how lucky we are to have them, that we become disenchanted without situation.

Convent & Stuart Hall’s theme states that “we belong to each other,” but our theme should not be the reason to help others. It should serve as a reminder of how to live our lives as contributing members of society. Expressing gratitude for classmates, showing appreciation for teachers and valuing those at home are ways students are able to live out the theme. The only response to tough times is to value the lives we have a little more each day.