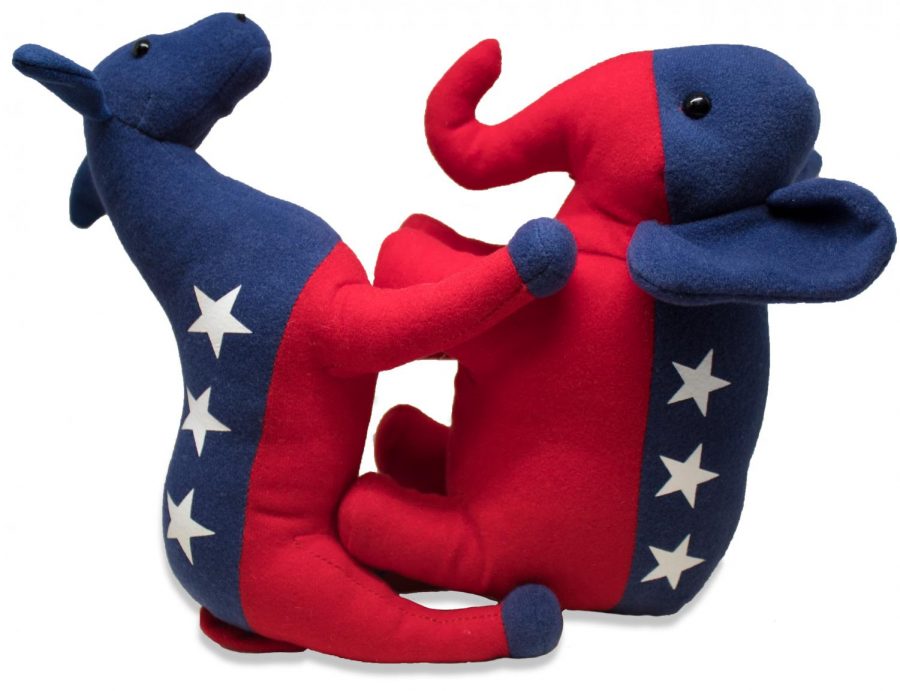 It has been over a year since the President of the United States was elected, and two years since the beginning of the presidential race. Yet, the country and those on the Stuart Hall campus are still adjusting to the changes that have come with the transition of power.

With the emergence of false news stories and a polarizing political climate, both students and faculty have had to adjust how they work in the classroom and around campus.

“Things are different,” Spanish teacher Francisco Teixeira said. “The presence of Donald Trump is really unprecedented in terms of what we are seeing happen with things like information.”

Information has become easier to find, but harder to rely on. According to Statista, 34 percent of people were not confident or unsure of their ability to decipher
between real and fake news. Consistent with the increase of false information, students have also gained access to a larger amount of information over recent years, according to English teacher Reilly Hall.

“I think it has become more challenging in the way that false information is so widespread,” Hall said. “I graduated high school in 2009, but in that amount of time access to information has become so much easier.”

Hall teaches a unit to her sophomore English students, “The Danger of a Single Story,” where the class learns about the concept of an unreliable narrator and works on assignments where they find “single-stories” of their own. Students looked at unreliable stories over a variety of topics, in previous years, but the presidential election dominated the conversation last year.

“All the fake news is the single story, we can start a conversation about what is real and what is not when it comes to what people are saying,” Hall said.

English is not the only class where students are sharing their opinions and debating political topics. Francisco Teixeira’s Spanish class touches on current events and political topics, but with a Hispanic focus.

“I think it is important in the current political climate to talk about opinions because I think a part of people’s angst comes from feeling that they are not being heard,” Teixeira said. “It is important that we create space where can listen to each other.”

Prioritizing facts and factually based opinion has become a priority in Spanish class and in the discussions that transpire, according to Teixeira.

The use of history as evidence for a person’s opinions and as a way to discern knowledge is a concept that is key to the junior year Ethics and Morality course.

“The reason [a student] can express his opinion is because he is accountable for an entire historical development that allowed him to articulate his opinion in this manner,” theology teacher Michael Campos said. “If you don’t have a historical basis for your ideas of right and wrong, then you assume that what you believe to be true is a given.”

The need for a historical and factual basis for one’s ethical position has not changed with the rise in false news and the polarizing political climate, differentiating it from the experience of the English and Spanish faculty, yet, Campos’s ethics class is not without a use for students’ ability to voice their opinions on current affairs.

“Helping the boys differentiate their emotional response and their intellectual ability in response to a public issue is critically important,” Campos said.

This importance has become paramount since the presidential election of 2016, when the political climate intensified and false news became more abundant, increasing the importance of fact-based opinions and the ability to listen to one another.

“People who respect each other, listen to each other,” Teixeira said.