Knights set out to win postseason 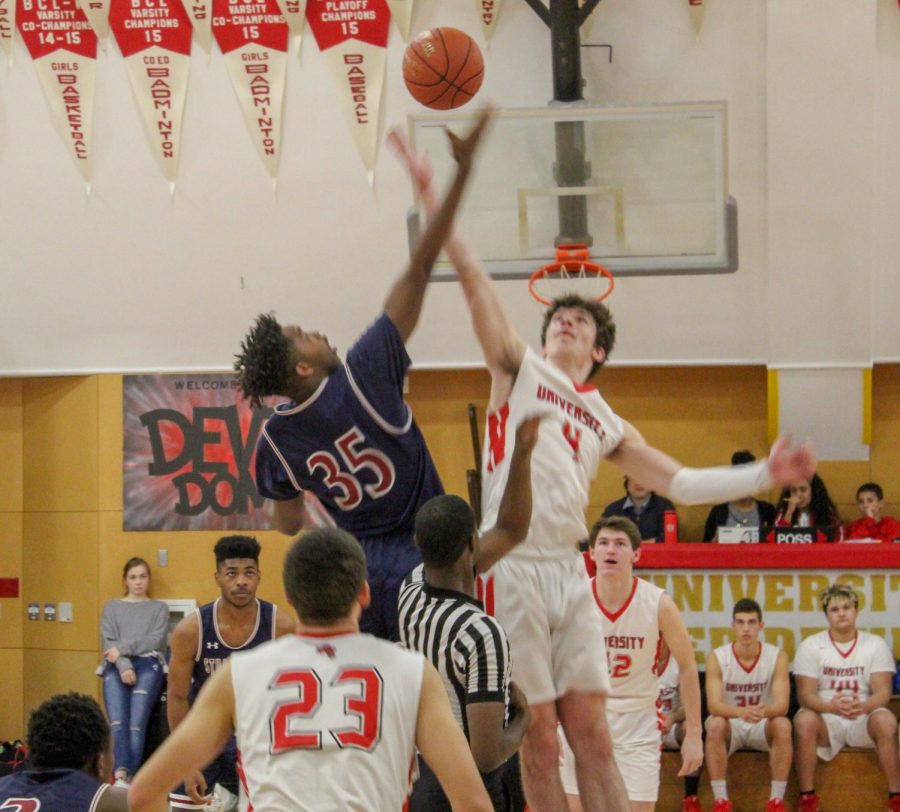 Nigel Burris '21 fights for the ball with a University Red Devil. The Stuart Hall Knights beat University on the Devil's home court for the first time in three years.

By Owen Murray and Sartaj Rajpal

With the wins over University on Tuesday, Marin Academy on Thursday and San Domenico on Saturday, the Knights are now 21-4 for the season and look forward to the playoffs.

“We’re gonna approach the post season just like we have approached all the previous games,” guard Joseph Weinstein ’20 said. “All we have to do is play together, and we know if we do that we will come out victorious.”

Tuesday’s 64-59 victory over the University Red Devils notched the Knights their 20th win.

“The UHS game was big, not only for me, but also for the guys I’ve been playing varsity with for a while,” guard Alex Byrd ’19 said. “That was my first time beating UHS in their home since I’ve joined varsity.”

Byrd dropped 11 points and had some assists, but his teammates say that his contribution shouldn’t only be measured in stats.

“Byrd was a leader during that game,” starting point guard Tomás Wolber ’20 said. “He always leads by example, showing us how to compose ourselves on the court and play hard.”

The players say winning the state championship is feasible this year, especially after making it all the way to finals last year.

“We definitely know we can win NCS and then make a push into the state bracket like we did last year,” senior forward Spencer O’Brien-Steele ’19 said. “The ultimate goal is to win a state championship, which I think we are capable of doing.”

O’Brien-Steele isn’t the only one with confidence heading into the postseason.

“We plan on going into the postseason 10-0, and we’re playing to win the league championship,” Byrd said. “We have the potential to make it back to state if we stay focused and play as a team.”