Teens need to think for themselves in preparation for voting 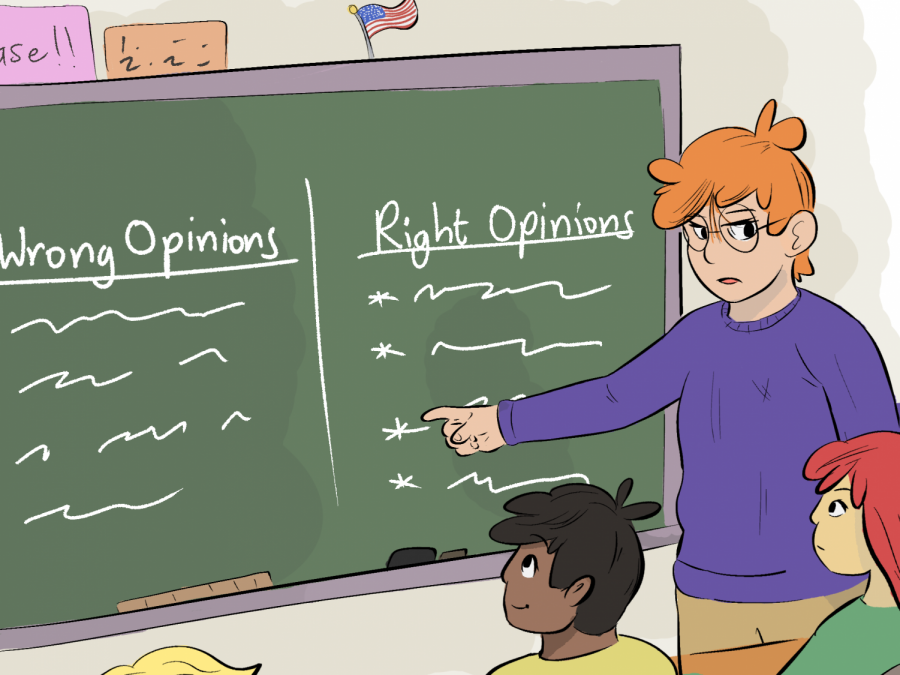 Teachers and students must adhere to Sacred Heart Goals by aiming to promote political neutrality in the school community so that students have the freedom to develop their own political opinions as they become of age to vote.
Goal two states, “Schools of the Sacred Heart commit themselves to educate to a deep respect for intellectual values.” This respect extends to learning about the political landscape so that they are prepared to vote in the near future.
By age 15, adolescents are able to develop their own political opinions, according to Rachel Miller, author of the study, “Adolescent Political Development.” By age 18, the largest difference is that young adults possess more information.
Miller’s research illustrates that teen and young adult years are pivotal times for the development of political thought. This crucial point in intellectual development makes it easy to influence adolescents’ opinions.
Students may face a dilemma.
All people naturally have a tendency to propagate their views. This phenomenon extends to teachers, since it is very difficult for people to separate their biases from facts.
Thirty-five percent of Democrats and 59% of Republicans say their college professors were left-leaning in the classroom,
according to a 2017 study by the CATO institute. Fewer than 20% of both Democrats and Republicans reported viewing their college professors as “balanced.”
If political bias exists within college classrooms, it is reasonable to assume that this bias is also present in high schools.
It is imperative that high school students, who are in a crucial stage in the development of their political beliefs,
hold their own opinions rather than the opinions of their teachers.
Teachers should admit their political biases and create an environment for students to discuss and develop their viewpoints without fear of academic or social consequences, which would allow students to recognize political partisanship from their educators and call it out.
Students also have an obligation to create a brave space for their fellow peers so that everyone can voice and adapt their opinions based on which arguments seem most logical.
By teachers admitting their biases in the classroom, students’ political beliefs can be a result of their own independent thought, allowing adolescents to prepare themselves for influencing the future of their country by voting.