President-elect to face challenges upon taking office in January

History faculty weigh in on beginning of Biden's term 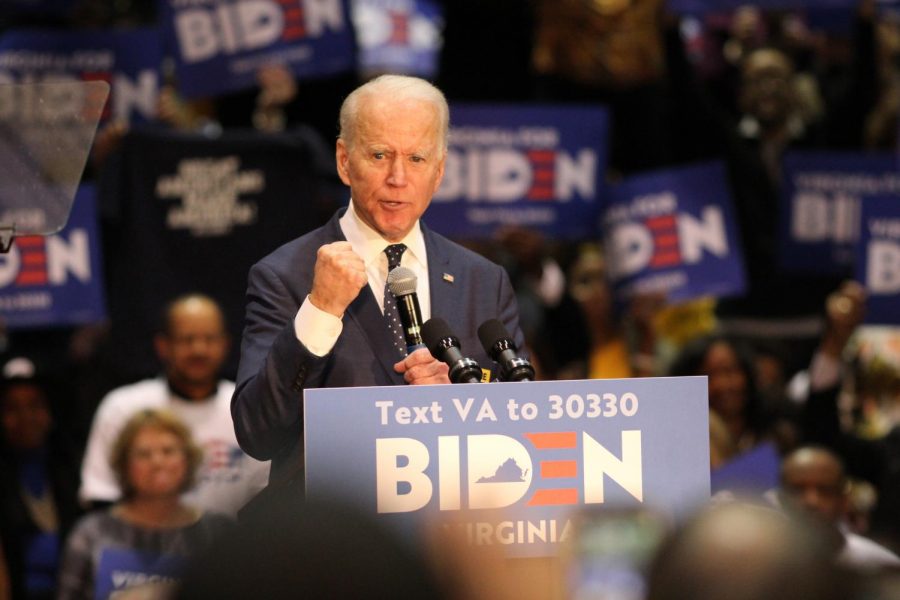 President-elect Joe Biden faces more crises than any of the living former presidents, with climate change, the COVID-19 pandemic, racial injustice and a ravaged economy topping critical issues he says he plans on addressing during his term.

Partisanship on contentious issues raises questions pertaining to the efficacy of Biden’s plans.

“Global warming and COVID-19 are going to be challenging to deal with because of how polarized the country is,” IB Global Politics teacher Sarah Garlinghouse said. “If the Democrats can control the Senate and the House, they’re more likely to get legislation through to tackle those main issues, especially global warming.”

The Democratic Party won the House of Representatives by a narrow margin in November, but the Jan. 5 senatorial elections in Georgia will determine control of the Senate. If the Democratic nominees win, Republicans will control 50 seats. If the Republican nominees win, the party will hold a 52-48 majority.

To tackle the country’s disunity, Biden proposed, while campaigning for the presidency, a plan that addresses concerns postulated by opposite ends of the political spectrum.

“He focused on making climate change an issue that focuses on jobs and economics, which is part of his wider appeal toward bipartisanship,” history teacher Jason Konik said. “We’re going to combat climate change, but we’re also going to do it in a way that provides new good jobs for people.”

Biden says he plans on reentering the Paris Climate Agreement and reducing greenhouse gas emissions through the Clean Air Act while also signing executive orders to ensure that the United States solely utilizes clean energy by 2050, according to his campaign website.

“He’s proposed a plan where he would spend around $2 trillion over the course of 10 years to invest in carbon neutral or even some carbon removal technologies,” IB History teacher Michael Buckley said. “The idea would be to put the force of the federal government’s investment behind technologies that limit global warming as opposed to those that would make it worse.”

One of the signers of the Paris agreement will be Biden’s climate envoy.

“The fact that he appointed John Kerry as his global warming czar — someone with a lot of experience, a former Secretary of State — shows that global warming is a priority for him and will be for the next four years,” Garlinghouse said.

Biden has detailed plans to expunge the COVID-19 pandemic from the United States. With cases steadily rising in the United States, he has already established a COVID-19 task force with Vivek Murthy, the Surgeon General during the Obama administration; Marcella Nunez-Smith, the associate dean of the Yale School of Medicine; David Kessler, the FDA commissioner from 1990 to 1997.

“The biggest challenge right now is what do we do with this new surge across the country, because our medical resources are tapped to the limit,” Garlinghouse said. “Biden and his team need to think about the distribution of the vaccine. I feel confident that he’s putting together a team of scientists and public health officials that have experience in this area and are beginning to think about a solution.”

Biden says he will invest $25 billion into vaccine development and distribution and wants to separate politics and health by putting scientists in charge of production and publicly releasing vaccine data, according to his campaign website.

The COVID-19 vaccine, however, will take time to distribute, as the population of the United States is too large to immunize all at once.

“Roughly a third of the population might be vaccinated by June, assuming no further developments,” Buckley said. “We have 50 million people that can be inoculated by the Pfizer vaccine within the first few months, and Moderna is going to have about the same amount.”

“Biden should incentivize production and distribution of the vaccine at little to no cost to the average person,” Konik said, “and he needs to find a way to make states and governors to work together to encourage mask-wearing.”