What’s the Matter with the 49ers? 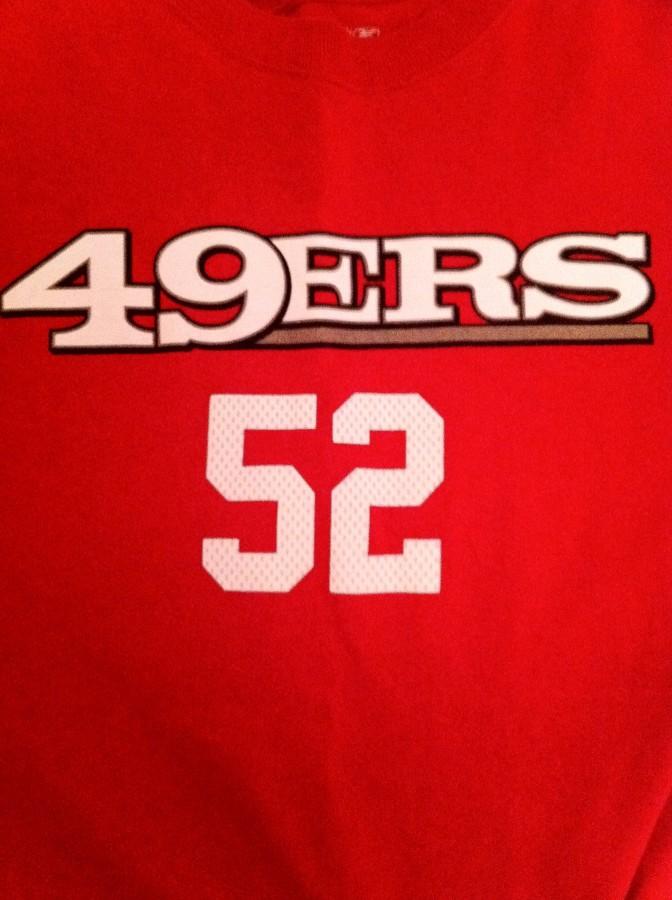 The Jersey of Linebacker Patrick Willis

There is optimism that Mike Johnson will thrive with the multiple offensive weapons the 49ers have on the team: Michael Crabtree, Josh Morgan, Frank Gore, Brian Westbrook, and Vernon Davis.  However, is this firing the only problem the 49ers have right now?  The defense has been lacking and looked lackadaisical at best against the Chiefs.  The defense has given up a total of 87 points in three games and two of those teams had a combined 23 games lost last season.  Also, the offensive line seems overwhelmed.  The combination of lack of experience and injuries is hurting Alex Smith’s and Frank Gore’s ability to have big games, which the 49ers need desperately.

The 49ers turned 0-4 after Sunday’s heartbreaking loss to the Falcons.  The offense looked sharp in the beginning as they scored their first game opening touchdown since the end of last season.  The 49ers got off to a good start scoring the first 14 points but from there, the offense sputtered.  Mike Johnson brought out all the packages and used the spread and bunch formations.  It was a more balanced attack this week but with Alex Smith throwing 2 interceptions, is the problem with the play caller or the quarterback?  It was another disappointing week for the 49ers, and it will be even tougher this weekend against the Eagles on Sunday Night.