Knights Kicks: Back to the future 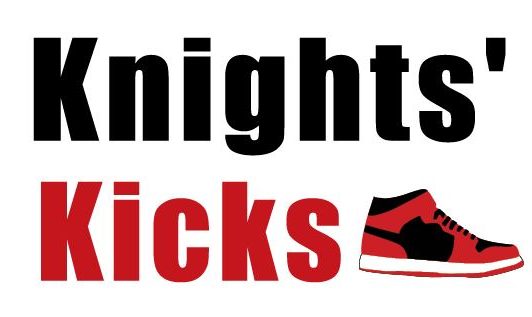 By Will Burns, Editor-in-Chief

Students are wearing new shoes to school as the Spring semester begins, seeking a change of pace in their on-campus footwear and ushering in recent stylistic trends.

While the Nike Air Force 1, often in its “White/White” colorway and low-top stance, remains a staple among students of all ages, a similarly classic Nike model named the Blazer has recently emerged as one of the most popular shoes on campus.

“They’re great shoes,” senior William Ferguson said. “They’re very vintage and versatile, and you could really style them with every outfit.”

Ferguson, who often wears his pair of mid-top Blazers around campus, appreciates the classic styling of a shoe designed and initially released in 1977. While the model originated as a basketball shoe, it has recently seen a spike in its popularity as a skateboarding shoe.

“They really can do it all, for a shoe with such a simple design,” senior Asher Thomson said. “The low-tops are great for skateboarding, too. The shoes give you an awesome combination of board feel and ankle mobility.”

igree, as the similarly iconic Converse Chuck Taylor has remained a popular choice among students, often as a gym shoe given its minimal cushioning system.

“I appreciate the functionality of the shoe as well as the style,” Ferguson said. “The support from the mid-tops makes walks between campuses a bit more bearable. My only complaint is that they take a while for the shoe to get used to your foot.” Composed of natural leather and synthetic materials, the traditional silhouette has remained unchanged from its origins. However, vegan and eco-conscious options have also seen a rise in popularity.

“I appreciate how you can beat them up without sacrificing the look of the shoe,” Thomson said. “Once you break them in, the low-tops are especially convenient to slip on and off. The materials adapt to the way you use them.”

Whether students prefer the Blazers as mid-tops, low-tops, or desire a completely different style of shoe, the Blazer’s presence on campus is undeniable.

“I just think the mid-top stance looks better,” Ferguson said. “I feel like you can style them with pants a bit more, but you can’t go wrong either way.”