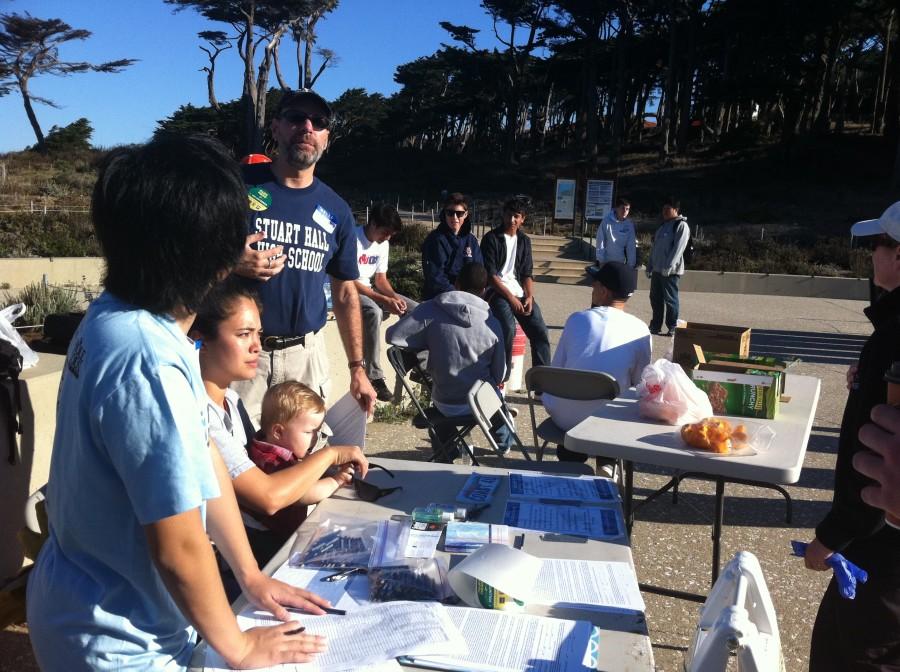 The 2010 California Coastal Cleanup was an exciting event for volunteers from across the Bay Area. The Cleanup started back in 1985 and has since become an annual tradition for San Franciscans, especially the students and faculty of Stuart Hall and Convent. The event is known for attracting large numbers of people, as seen by the fact that in 1993, the Cleanup set the Guinness World Record for the largest garbage collection. That year, volunteers collected roughly 14 million pounds of garbage from the coast. Schools that participate in this event learn about the Californian coastal ecosystem and how humans affect wildlife, making the cleanup an interactive approach to learning.

“It feels great to hang out with my friends while doing something for the environment. I’m hoping to come back next year”, said Patrick Wong ’14. While cleaning, many of the students and volunteers split up into various groups, enjoying the beautiful weather as they picked up trash.

Besides reducing the amount of trash found on the shores one of the purposes of Coastal Cleanup is taking action in pushing new environmental laws that would benefit the land and those who enjoy it. Papers and forms filled out at the Coastal Cleanup headquarters were sent to officials in Sacramento urging them to help protect parks and enforce land laws more strictly.

Students from Stuart Hall and Convent had a great time at Coastal Cleanup, especially at the barbeque at the end of the day.  The students enjoyed talking about their day while eating burgers and hot dogs made by master chef Mr. Vasquez. Each and every person who came out and had a great time while learning about what they could do for the environment. The cleanup is an important event that brings together volunteers of many backgrounds with the purpose of collecting thousands of pounds of debris and garbage that pollutes the coast. Though it happens just once a year, it is vital in increasing awareness for the things that endanger the fragile environment.