Racing For The Cure 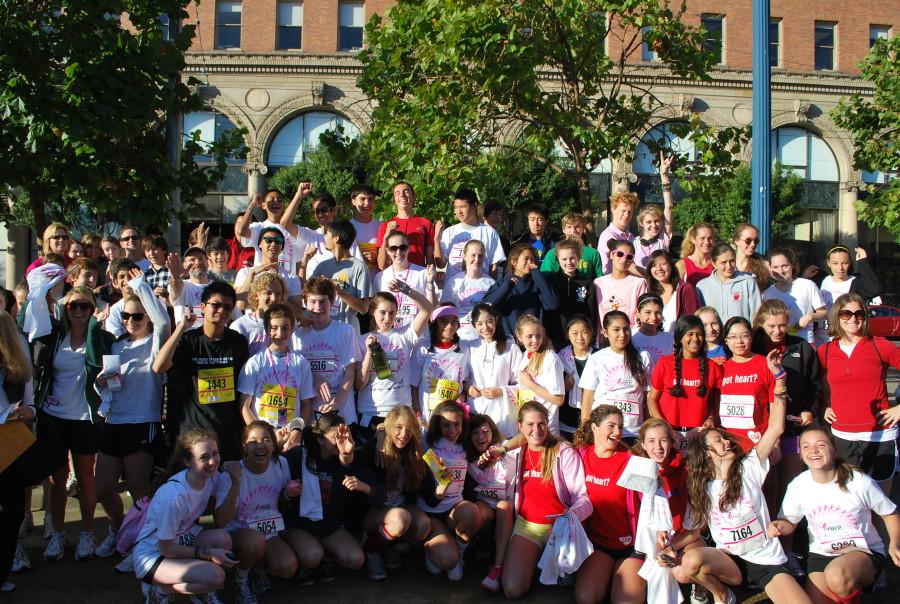 The Knights and the Cubs at Race for the Cure

Thousands of people in San Francisco gathered at the Ferry Building downtown on Sunday September 26, 2010 for the Race For The Cure. Out of the many tents that were there, one team tent stood out the CSH tent where many of the students at both Stuart Hall and Convent gathered. They all went bright and early to participate in a race that helped raise money to research a cure of breast cancer. The race consisted of either walking or running from the Ferry Building down to the Giants Stadium and back.

The race began at 9:00 A.M. sharp with many students from the two high schools getting a good start. After racing for about an hour and a half, all of the students from both Convent and Stuart Hall finished, with many of them happy to have found food and drink provided for them. Along with music provided, there were also many speeches from many people who had a connection to breast cancer. Many of them spoke straight from the heart and made each student feel like a good person for racing. On the event, Nathan Praeger ’14 quotes, “It was an enjoyable way to support a good cause.” The day by far was considered a success for Convent and Stuart Hall, along with the great attendance from both schools, it was also a great amount of fun.