The New Look For The Warriors 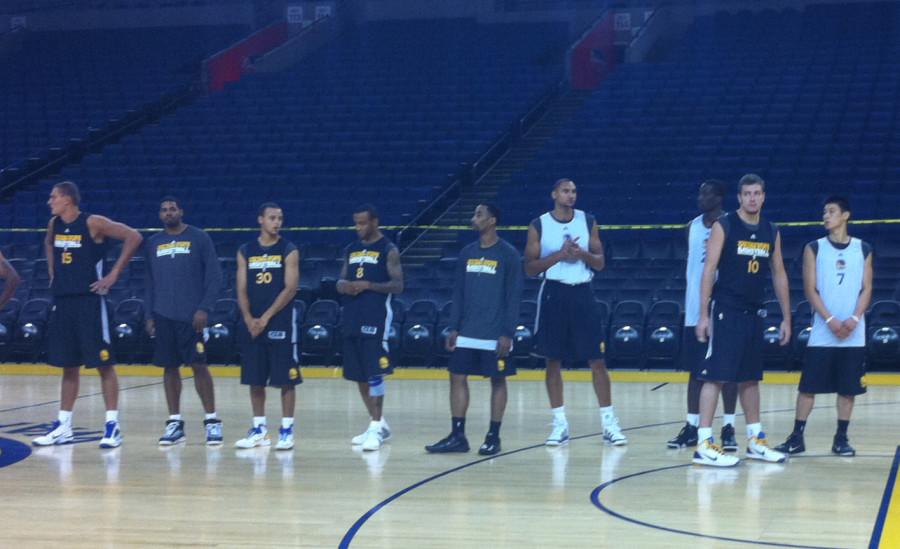 Shot of some players during Warriors open practice

From Lebron James’s “Decision” to the FIBA championships, this past summer was a historic one for the National Basketball Association. As the 2010-2011 season rolls just around the corner, however, one team was quite overshadowed by all the commotion of summer affairs: our very own Golden State Warriors.

The last time the Warriors qualified for a playoff spot was in 2007. The three years since, however, have been an eternity for Bay Area fans dying for a contending basketball team again. This past summer, the Warriors listened to the fans and took initiative towards making another playoff run by completely revamping the team.

The first step began with the team’s sale. Chris Cohan, who purchased the team in 1995, put the Warriors up for sale this past summer. While the billionaire owner of Oracle, Larry Ellison, was expected the purchase the team, Joe Lacob, a Bay Area venture capitalist, and Peter Gruber, the chairman of Mandalay Entertainment, won the bid with a record setting $450 million deal.

After purchasing the Warriors, the new owners wasted no time in reviving the team. They began with unveiling a new logo and color scheme, which links both the past and present looks of the franchise. As fans everywhere embraced the new logo, the new owners had only one more task: to surround the two young stars (Monta Ellis and Stephen Curry) with enough talent to succeed. In order to achieve this, Lacob and Gruber understood that some of the current players would have to be let loose. They began by acquiring David Lee, a former Eastern Conference All-Star, from the Knicks in exchange for Kelenna Azubuike, Anthony Randolph, Ronny Turiaf, and a future second round pick. Soon after, the Warriors signed free-agent Dorrell Wright, a young and talented player who can lock down opponents on defense and can shoot the basketball like few others. They also signed free agents Rodney Carney and Jeremy Lin. Carney, a former member of the 76ers, is an extremely talented and athletic player who will fit right in with the Warriors’ “run and gun” style of play. Jeremy Lin, who graduated from Harvard, had a stellar performance in the Summer League and is already a favorite of Warriors fans. The most exciting news that reached Warriors fans was the change in the head coach position. The NBA’s all time most winning coach, Don Nelson, relinquished his duties as head coach in September. His longtime assistant, Keith Smart, has been named his successor and will serve as head coach for the 2010-2011 season.

After all the commotion during the offseason, the Warriors look to be a very young but promising team for the upcoming season. Their open practice showed signs of the energy and damage this team is capable of doing to opponents, which has been on display during the preseason. They finished the preseason out with a record of 3-5, and have already performed very well during the regular season. The Warriors have begun to turn the franchise into a contender.