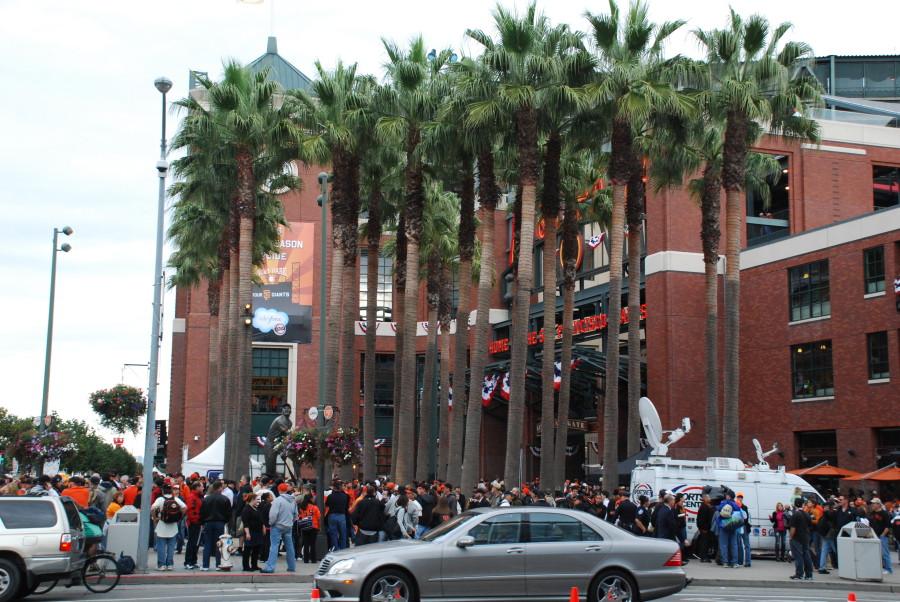 The self-proclaimed San Francisco Giant misfits and castoffs were able to achieve the greatest award in baseball: winning the World Series.  There were only a few analysts, writers, and critics who chose the Giants to win it all or even beat the Phillies in the NLCS.  Out of the 28 so called “experts” on ESPN, only two chose the Giants to beat the Phillies and win the World Series.  The Giants won it all, but how did they get there?  The roster wasn’t built like postseason teams of the past.  There wasn’t a number 25 in the outfield.  The team was made up of outcasts, old timers, and waiver wires.  Let’s take a look at some of these players.

An important acquisition off waivers from the Florida Marlins and the NLCS MVP, Cody Ross was a key piece in the Giants successful postseason run.  The waiver wire claim was made in part to block the Padres who were in dire need of a center fielder.  Cody never always wanted to be a baseball player, as he originally wanted to be a rodeo clown.  Overall, for a guy nicknamed “Smiles,” pitchers weren’t very happy to face him during the playoffs, especially Roy Halladay.

Another vital part of the Giants roster was Pat Burrell. A Bay Area native and college teammates with Aubrey Huff at the University of Miami, Huff pulled some strings in the front office and lobbied for the Giants to sign Burrell.  He was originally signed to a minor league contract but was soon promoted to the majors.  Pat Burrell previously played for the Tampa Bay Rays where he was the DH.  Burrell didn’t take the role nicely as his production went down and was soon released.  For the Giants, he was primarily the left fielder.  Burrell constantly hit late inning home runs to give the lead.  Even though his World Series play wasn’t all that great, his leadership to the younger players was vital.  It was a good move for the Giants to sign him because no other team was interested and he would’ve likely been watching the playoffs at home if the Giants hadn’t called him.

Always an American League player, other teams never gave Aubrey Huff a chance.  He was given the labels of DH and a player who couldn’t play defense at 1st base.  Huff, a 10-year MLB veteran who played a total of 1,463 games, never played in an MLB Postseason game until this year. Back in September when the Giants were out of a playoff spot, there were stories of Huff wearing a “rally thong.”  This story was true and Huff decided to wear it to break out of a horrible hitting slump.  He kept with it throughout the playoffs and the Giants eventually won the World Series.  At the parade, in front of hundreds of thousands of people, Aubrey Huff pulled a Zoolander, and pulled this “rally thong” out of his pants.  It was no surprise to the Giants fans as they embraced both him and the thong.

Spending his MLB service with a total of six different organizations until finding his niche, Andres Torres was sure a journeyman.  The Detroit Tigers drafted Torres back in 1998.  His inconsistent play made him jump from organization to organization.  Torres played a total of 488 minor league games until being signed by the Giants.  Andres Torres was a nobody who always found his way to be sent down to the Minors.  Also, his diagnosis of ADHD in 2002 wasn’t something teams generally liked.  The Giants signed Andres Torres in 2009.  His energy, speed, and bat are something that us Giants fans like.  His defense in center field was spectacular and is Gold Glove worthy.

From Cody “The Boss” Ross to Andres “the Giant” to “The Machine” Pat Burrell and Aubrey “Rally Thong” Huff, the Giants are no typical bunch.  From a bunch of nobodies and old timers, who thought this team would end the 56-year World Series drought.  It was a magical season and will be remembered by all Giants fans.  The arrival of Buster Posey and Madison Bumgarner and their potential will allow them to be a postseason contender for many years to come.  The San Francisco Giants winning the 2010 World Series was overall good for baseball.  Their first World Series in The City helps us forget what happened back in 2002.  The fans here in the Bay are unbelievable and the party is still going on.  The 2010 World Series Champions, San Francisco Giants, yeah that sounds just right.