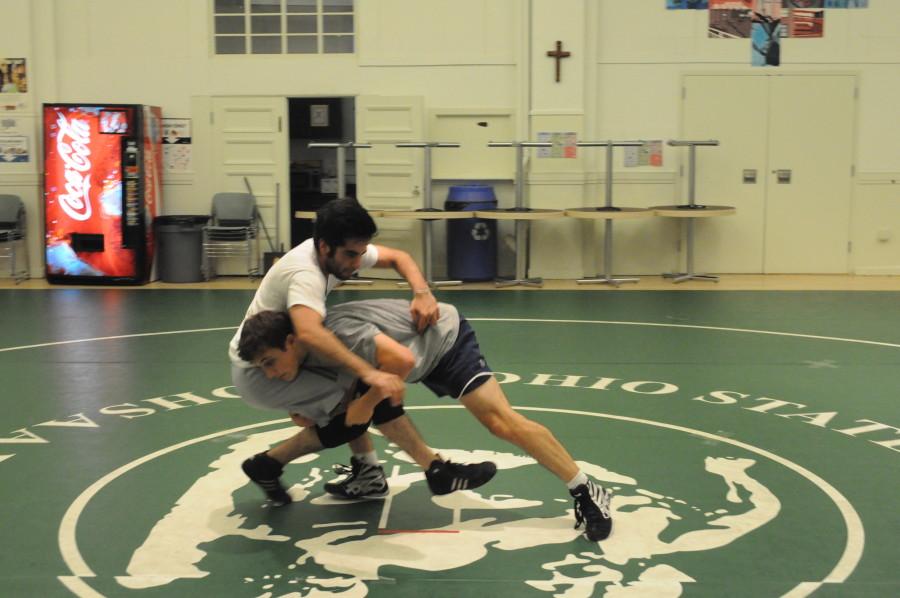 For much of the first semester, the main focus in Stuart Hall Athletics has been the new football team that began in the fall. For a first year team, it proved to be a success. However, a new sport is about to take its place at the Hall—wrestling.

The wrestling team includes guys from all four grades, and currently, it’s in its fifth week of practices. Training goes on from 3:30 to 5:30 p.m., Monday through Friday.

Coaches Matthew Woodard, Todd Weidner, and Matthew Jones, who are preparing the new wrestlers well, have all had a great amount of experience in the sport. All of them have been wrestling since high school and are completely committed to the sport. As Mr. Woodard declared, “ I eat, live, and breathe wrestling.” The program was originally started as a club last year. Now, however, it has become the newest sport as well as a great edition to the school.

For now, the team is just starting out, learning the ropes of the sport. The very first tournament for this newly established team was December 4, while the regular season officially started a month later. A few of our opponents include Galileo High School, Washington High School, Lowell High School, Lick Wilmerding High School, among others.

For those under the impression that this sport is about smashing the other guy’s head in, you are sadly mistaken. Rather, wrestling is a sport of physical along with mental fitness. The goal is to take one’s opponent down, or to pin him down in multiple ways to achieve victory. The students who have taken up this sport have come to school the next day very sore and tired, ranting of the fun that they had while acknowledging the mental and physical stress they had endured.

Don’t forget to take a look at the video clip of the wrestling team. Go Knights.