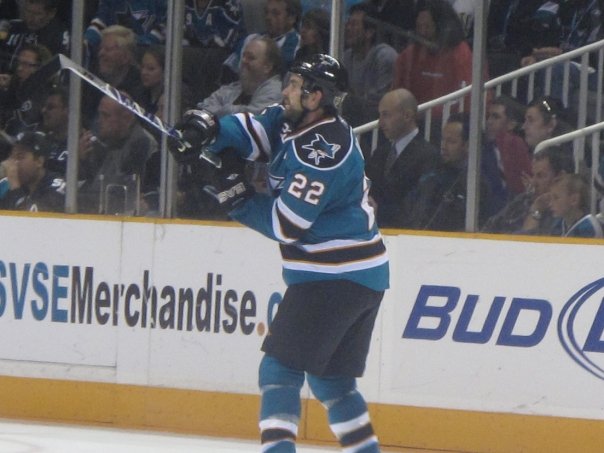 In 1997, the San Jose Sharks finished the league at the bottom of the Western Conference. Now, in 2010, they might just be right back were they started. The struggling Sharks have left their three-time “Best of the West” form and have transformed into the bottom-feeders of the National Hockey League. After Rob Blake and Evgeni Nabokov left San Jose because of the team’s recent playoff misfortune, professional hockey in the Bay Area has gone downhill.

Following a 4-2 loss to the Toronto Maple Leafs, the team ranked 26th in the thirty-team league. Dan Boyle, assistant captain and defenseman on the Sharks said, “It was frustrating before tonight. It’s not that its just starting… it’s not right.” After the Sharks lost to the Edmonton Oilers (who are dead last in the Western Conference this season) 5-2, Ryan Clowe, assistant captain for the Sharks, had this to say about his team, “I probably just sound like a broken record; there’s not a lot to say. Right now we just got to get it together.”

The Sharks’ statistics aren’t pretty either. They started January by losing six games in a row to weaker teams (including Nashville, Anaheim, Toronto, and Edmonton) and if the season ended today, they would be out of the playoffs for the first time since the 2002-2003 season. Their record is an ugly 25-24, and they have only scored two goals more than they have let in (137 scored for, 135 scored against). Along with that, the Sharks are 14 points behind the best team in the NHL, the Vancouver Canucks. Despite these less than favorable stats, the team has started getting its game together.

After starting January 1-6, they have gone 4-0. The team was able to get a win against the best team in the NHL, the Canucks (after losing their first two games against the league leaders), and has slowly started to regain its momentum. Rookie Logan Couture has added a new spark to the older lineup, and the team only needs a point to get back into the top sixteen. Although the Sharks have posted some amazing statistics in the regular season the last few years, they always fall early in the playoffs, so maybe this slump is all they need to really turn it on in the playoffs. The Sharks have really hit a rough patch in their season, and it’s been more disappointing than what most of us have expected, but the team isn’t lacking too much. Hopefully, for the sake of Bay Area sports, the Sharks can get their act together.