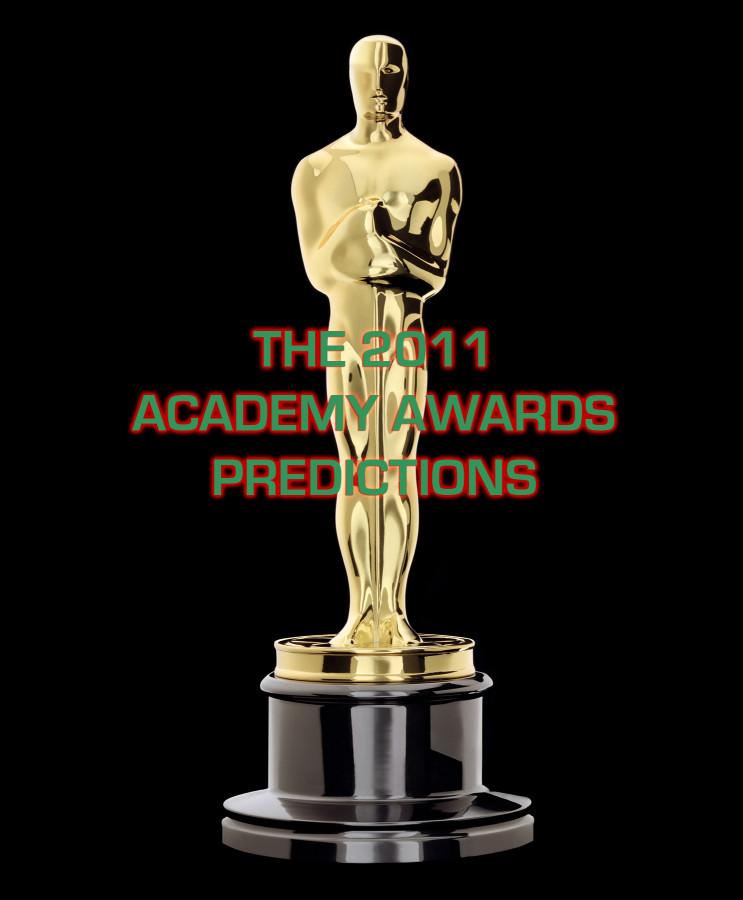 No, it’s not the Olympics – it’s the Oscars, and considering they follow a wide array of awards for the film industry (namely the SAGs, the Director’s Guild Awards, Golden Globes, and BAFTA), they may seem a little anti-climactic, but here are my picks for Oscar gold.

Best Picture: 127 Hours, Black Swan, Inception, The Fighter, The Kids are All Right, The King’s Speech, The Social Network, Toy Story 3, True Grit, and Winter’s Bone. The Academy increased the field a few years ago – instead of five stellar nominees we have a few good-to-great films (some years) and some mediocre fare. If the Director’s Guild, Golden Globes, and the BAFTAs mean anything, this goes to The King’s Speech.

The King’s Speech is based on the true story of King Edward VIII, whose speech impediment made it difficult—nearly impossible—to speak to his nation until he began working with an unorthodox Australian speech therapist. Yet, glaringly left out of this film was the historical perspective of what Great Britain was going through and on the cusp of going through. Essentially, there were good performances all around in basically a two-men-in-a-room play. This film appealed to a largely older audience than some of the other nominees and is a smaller film than some of the others, which usually bodes well with Academy members. The win is as close to a sure thing as possible.

Best Director: Tom Hooper (The King’s Speech), David Russell (The Fighter), David Fincher (The Social Network), Darren Aronofsky (Black Swan), and Joel and Ethan Coen (True Grit). This is a close race, but considering the subject of his movie, Darren Aronofsky gets the gold.

In Black Swan, the way that Aronofsky conveys the psychological torment of Natalie Portman’s character is extremely effective. The atmosphere, the quick cuts, and the nearly seamless effects make this character and her environment come alive. This film shows a nice evolution of Aronofsky’s style, which has been progressing since 2006’s The Fountain. Surprisingly, this is also Aronofsky’s first nomination, and it’s about time he got his Oscar Gold.

Firth’s performance in The King’s Speech is easily the best of the bunch. Considering the historical accounts of Edward VIII, this performance is startlingly accurate; moreover, Firth was robbed when he wasn’t awarded Best Actor for last year’s amazing turn in A Single Man. It’s his.

Actresses who transform themselves into something totally different from their public image and usual roles often win this one. Losing weight, gaining weight (Charlize Theron in Monster), wearing a fake nose (Nicole Kidman in The Hours) and going down crazy lane often leads to going home with Oscar in your hand. What sets Natalie apart from this bunch is that she does it seamlessly – you feel her pain. I’m not a fan of ballet movies in general, but this is a thriller, and she nails it.

Christian Bale hands down gets this and no one else came close to his performance. His portrayal of the drug addicted, ex-fighter with more demons than sense is a tour de force from the moment he comes on screen until he exits. A well-deserved win.

I’m not going for the front runner (Melissa Leo in The Fighter), though she’s great. I’m going for the new kid, Hailee Steinfeld, in True Grit. In the film, she is amazing in portraying a young girl seeking revenge for the murder of her father. If you want to see righteous indignation and natural acting, go see the film. Without a doubt, he has a great future in acting.

Best Animated Feature: How to Train Your Dragon, The Illusionist and Toy Story 3. Toy Story 3 is perhaps the best sequel to any film—animated or not—that I’ve seen. Its bittersweet quality resonates with the generation that grew up watching these films (and their parents) as they now prepare for adulthood. If you can watch this without a lump in your throat you’re certainly tougher than me.