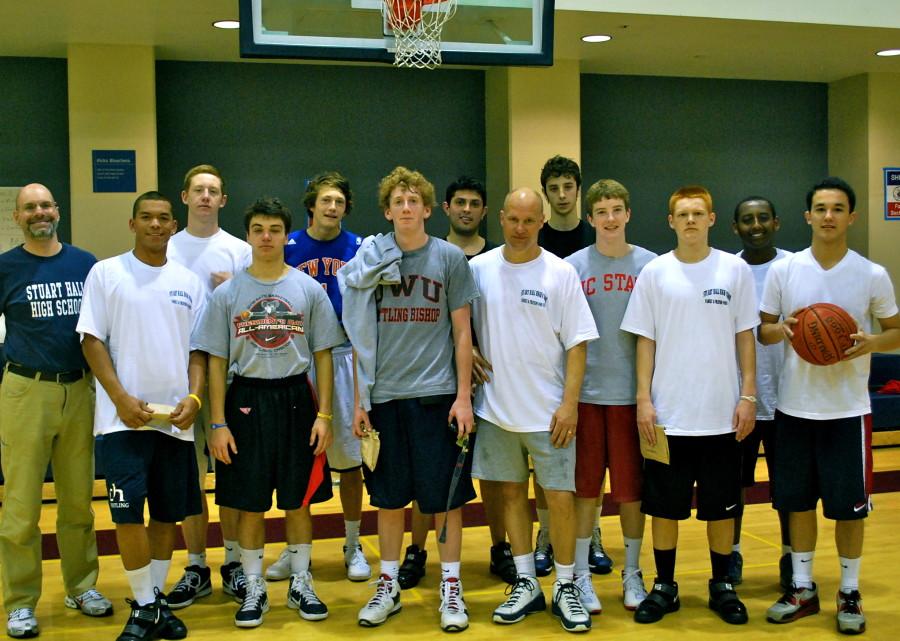 The Nothing But Nets Team

Basketball is fun, but fundraising, not so much. When combined, you get a fun and exciting way to help raise money. Many pairs competed in this year’s Nothing But Nets tournament and showed great skill and talent, while having a great time doing so. Organized on a bright and sunny Saturday morning, there could only be one winner from this fierce competition.

In a nutshell, Nothing But Nets is an annual get together fundraiser for those who love playing basketball and playing in small competitions. The competition has become an annual tradition at Stuart Hall high School with a long list of champions. Though hosted by Stuart Hall, Convent girls are also invited to join and compete in the tournament. SHHS invites all to come and enjoy themselves, and many adults or relatives of SHHS students often join playing alongside and against students.

Many hours went into the planning of this year’s Nothing But Nets competition; mainly on part of Mr. O’Connor and Mr. Khan’s working and planning of the event. While organizing and working the event, Mr. Khan participated in the event and played ferociously with his partner Tal Quetone. Many others who competed include Robeil Andebrhan, Carter Chickering, Geoff Flynn, Izzy Borges, Matt McCrum, and many others.

The Nothing But Nets competition is not only affiliated with Stuart Hall, but with many other people and organizations, who all work to help raise money and bring attention to the tournament’s real goal, the fight against malaria. Malaria kills hundreds of thousands of people each year, and is usually spread by infected mosquitoes. The eradication of malaria has become one of the Millennium goals made by the United Nations during the turn of the 21st century. Malaria can be easily prevented by placing insect nets around beds to prevent infected mosquitoes from biting and infecting a sleeping person. These nets are generally cheap, resulting in millions of dollars having been funneled into various charities and organizations that provide nets to those in need. The United Nations have made great strides in the fight to eradicate malaria, but many in developing areas in Africa are still endangered by the disease and are in desperate need. The result of many small donations and fundraisers like Nothing But Nets makes it possible to further prevent the dangers of malaria.

The annual competition is a great way to represent Stuart Hall’s stewardship and willingness to help others, while having a great time. Many pairs participated and the competition narrowed. At the end, two pairs were left, Mr. Khan and Tal Quetone, and Joe Hurd and Geoff Flynn (originally Carter Chickering). After putting up a great fight, Joe and Geoff managed to become this year’s Stuart Hall’s Nothing But Nets champions all the while having a great time doing so. The players who participate in this year’s tournament were playing not just for themselves, but also for a great cause.