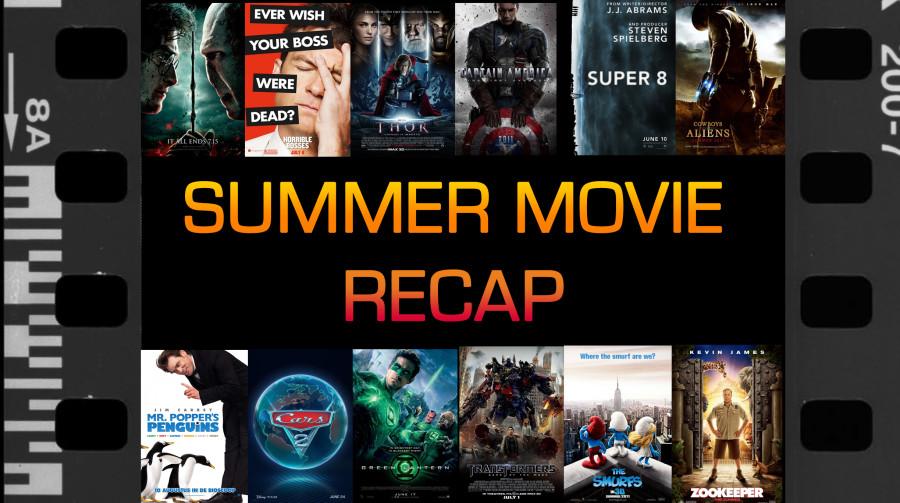 Major critics considered this summer’s movie season to be one of the least memorable in recent years. However, a few rose above the fray and a few dropped below.

Harry Potter and the Deathly Hallows Part 2: Even though I am not a big Harry Potter fan, I loved this movie from start to finish. The last book was made into two movies assuaging purists of the books. It keeps all the important points and adds excellent effects. The actors have matured but remain true to their characters. A series that has been with me since childhood has finally concluded, and I’m glad that they pulled out all the stops and didn’t go with some contrived insult to the fans (Star Wars, I’m looking at you). 5/5

Horrible Bosses: This film surprised me. When I first saw the trailer, I thought it would be some forgettable comedy about a few guys’ fantasies to murder their employers. What I didn’t expect was great acting from the stars Jason Bateman, Charlie Day, and Jason Sudeikis; as well as Jenifer Aniston, who plays a lecherous dentist, a nice break from her typical “rom-com” typecast. The direction and the script are also tight, leading to a final product that is easily the best comedy of 2011. 4/5
Thor: Now THIS is how you make a Superhero movie. With stunning 3D, great performances from Anthony Hopkins and Chris Hemsworth, and well-executed effects, this sets the standard for comic book movies this year. 4/5
Captain America: The First Avenger: Apparently, Marvel seems to be having a good movie season. I’m not familiar with the mythos of Captain America, but from what I gather, this was a believable update to the classic comic origin story of “meek young man becomes Nazi fighting super-soldier”. The acting from Chris Evans, Hayley Altwell, and Hugo Weaving is superb, the effects are on par with Thor, and the story is well-executed for a movie based on a nearly 70 year-old comic book. 4/5
Super 8: A must-see for anyone who loves the old Spielberg movies, or anyone who loves a good sci-fi film with plenty of character and depth. However, the ending does bring the movie down a little bit, especially compared to the movies it is based on like “E.T.” and “Close Encounters”. It may not be the best movie of the summer, but it is well worth 112 minutes of your time. 4/5
Cowboys & Aliens: A good matinee movie. A take on the classic western with a sci-fi twist that is neither complex nor overly-simple. Good performances by Daniel Craig and Harrison Ford elevate this movie slightly above average, but it is still let down by inconsistent effects and some poor acting from the supporting cast (Why is that kid from “The Last Airbender” still getting work?). It’s not great, but not awful. 3/5
Mr. Popper’s Penguins: One of my favorite books as a kid, this film only registered a few chuckles in between long gaps of dead silence. When Hollywood gets their hands on a timeless classic like “Mr. Popper’s Penguins”, they see fit to change most of the original story, make the main character nigh-on insufferable, and to overexpose the penguins to cash- in on a cinematic fad that ceased to be relevant in 2008. Jim Carrey, I know you’re capable of so much more, so I’m pleading with you, fire your agent. 2/5
Cars 2: Of all the films Pixar could make sequels to, why Cars, a movie considered mediocre at best? Pixar and the decent cast, despite all their magic, can’t save an awful script and an even more bogged-down plot. Just because Toy Story 3 was great, doesn’t mean that sequels should become the norm for this inventive animation studio. 2/5
Green Lantern: Based on the comic book hero this film is slow to take off and late to land. Ryan Reynolds is likable as always but not convincing as the “chosen one”, lackluster direction, special effects ripped from the early 90’s, and eyestrain-producing 3D let it down. 2/5

10.  Transformers: Dark of the Moon: The best of the Michael Bay Transformers movies, but that’s not saying much. Shia LaBeouf’s acting is a little better than in the earlier films, the effects are a tiny bit less mangled, and the plot bears the slightest similarity to the source material of the 1980’s cartoon. Unfortunately, it’s still terrible. With the kind of creative black hole that surrounds a movie like this, there can only be so much improvement. I wasn’t expecting “Citizen Kane”, but a shade of care in the final product would be nice. 1/5

11.  The Smurfs: Neil Patrick Harris and Hank Azaria try to make this film at least somewhat watchable, but a poor voice cast combined with unneeded 3D and a lame plot make for an absolute waste of $15 and two hours. I know that this kind of CGI/live action adaptation of an animated work is in style right now (Alvin and the Chipmunks), but this genre needs to die out. 1/5

12.  Zookeeper: Easily the worst movie of the year, if not a career killer for both cast and crew. I can’t think of one good thing to say about this movie, as the usually entertaining Kevin James is about as underwhelmed as the audience, the plot is predictable, and I’ve found videos on YouTube with better lip-synced animals that cost a tiny fraction of the money it took to produce this movie. Stay away at all costs. 0/5