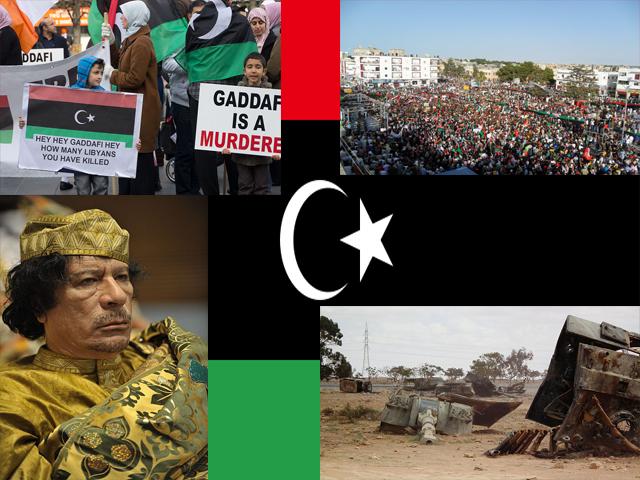 The October 20th death of Muammar Qaddafi represents a major milestone for the grassroots Arab Spring movement and a major victory in the Libyan Civil War. The autocratic dictator having been ousted after a near-fifty year reign, an arduous road towards democracy awaits the people of Libya, the unlikely threat of greater violence being a constant threat as the country transitions to a new governing body.

The Libyan sect of Arab Spring can be traced to the Egyptian revolution of April, which successfully ousted President Hosni Mubarak through civil disobedience. Utilizing social media as an organizational tool, Egypt’s Arab Spring marked a new era of civil resistance using new technologies to circumvent governmental bonds of censorship and repression. The success of the movement has led to an unprecedented wave of revolutionary activity in neighboring countries such as Kuwait, Morocco and Syria.

By a large margin, the most confrontational of the movements has transpired in Libya. The civil war began on February 15th, where peaceful demonstrations were dispelled with military force. The protests escalated into national uprising and the National Transitional Council was founded, encouraging the world to disregard Qaddafi’s regime as illegitimate. The UN passed a resolution calling for the freezing of Qaddafi’s assets and an investigation on his war crimes in addition to declaring the area a no-fly zone.

In August, rebel forces decisively won the Battle of Tripoli, capturing the capital city and overthrowing Qaddafi and leading to the global recognition of the NTC as Libya’s governing force. Qaddafi, now a fugitive, retreats to Loyalist-held territory.

By October 20th, Qaddafi and the remaining Loyalists had concentrated into a stronghold in the city of Sirte. After a long battle, the Rebel forces captured the city and successfully killed Qaddafi as he tried to flee from an incoming air strike by hiding in a drainage ditch. The was declared to be over on October 23rd by the NTC, under its claim that it will remain Libya’s governing body until a participatory democracy can be established.