Spring Musical Preview: On the Town 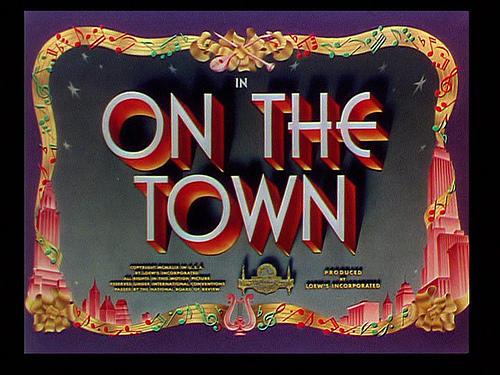 A Leonard Bernstein original, On the Town debuts at the Syufy Theater on Thursday, March 15th at 7 PM and runs through Saturday, March 17th at 2 PM.  Rehearsals are in full swing for the production, which is directed by Ms. Rickard and with music direction by Mr. Philadelphia. The original Broadway production was penned by Leonard Bernstein in 1944, and received rave reviews, with numerous revivals on Broadway and London’s West End, as well as a movie in 1949.

On the Town is the story of three sailors, Chip, Ozzie, and Gabey, on a 24-hour shore leave in New York City, and their adventures into the pleasures and excitements of the big city. Considering the success of the last musical, Cabaret, and that this musical retains most of the younger performers from that cast, expectations are high. Mr. Philadelphia said that, “After Cabaret, we wanted another classic production, but one with a smaller cast and a lighter tone. I think we nailed it”.

“This play is certainly more physically aggressive than Cabaret, with a lot more grabbing and more visceral choreography, but that’s to be expected of any musical depicting 1940s New York,” said Brandon Leong ‘14, who plays Gabey. “It’s got a nice script, and I think that with this cast, we can pull this musical off quite well”.

Following a string of drama successes, On the Town looks to continue the streak. Tickets are $5 at the door.