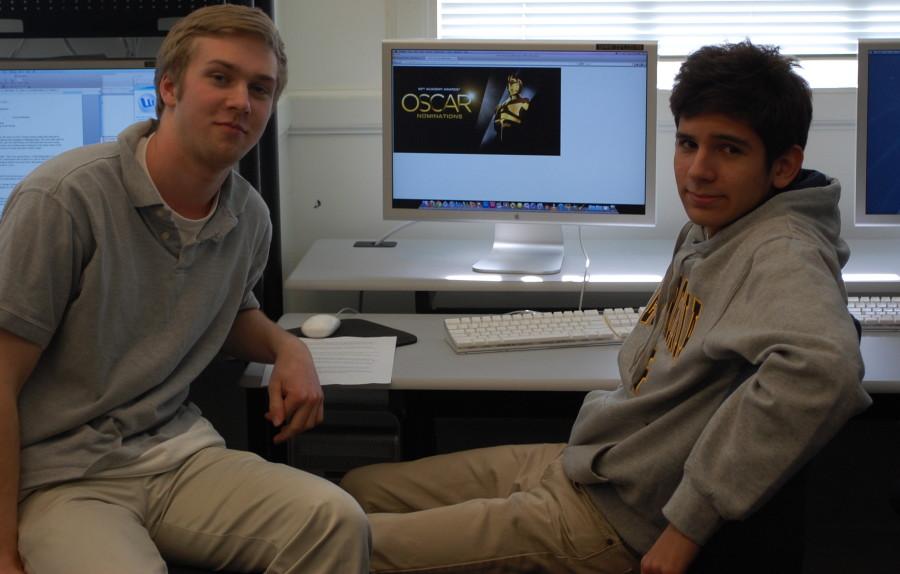 By Colin Ryan and Sebastian Sandoval ’12

the round table reporters Colin Ryan and Sebastian Sandoval duke it out on their Academy Award predictions and opinions. The following article provides a small window into why the following films and actors might win, in the eyes of Colin and Sebastian.

Colin: My prediction is The Artist is a 2011 French comedy-drama film directed by Michel Hazanavicius, starring Jean Dujardin and Bérénice Bejo. The story takes place in Hollywood between 1927 and 1932 and focuses on a declining film star and a rising actress, as silent cinema falls out of fashion and is replaced by the talkies. Most of the film itself is silent; it is shown in black-and-white, which is dope.

Sebastian: Seriously dude.  That’s not a good choice.  I think Moneyball is better. It defined a generation. It’s rollercoaster ride of family fun tied in with action and drama. The depiction of the baseball industry was marvelous, phenomenal. There were a few tear jerking moments when the A’s won.

Sebastian: I think Brad Pitt was the best actor of the year. His role in the film, Moneyball defined a generation of young athletes striving to make it into the big leagues.

Colin: Not at all dude. George Clooney gives the performance of his life as a man in search of a moral compass on a Hawaii that is no paradise in the film The Descendants.

Colin: Michelle Williams is totally going to win best actress. She gives an inspirational performance portraying the life of Marilyn Monroe. She delivers an elegant, neurotic and intoxicating performance that steals much of the spotlight in the film My Week with Marilyn.

Sebastian: I have to agree. Michelle Williams is a dime. Enough said man. Viola Davis is not cool, Meryl Streep is old, Glenn Close may be a man, and Rooney Mara is missing some eyebrows.

Sebastian: I have to go with Transformers. While the writing was far from decent the effects are pretty extraordinary and seeing the scene of Chicago completely destroyed was breathtaking and looked realistic.

Colin: You are completely out of your element dude. Rise of the Planet of the Apes was the dopest thing I have ever scene. The visual effects were out of this world and ahead of its times. They used real people to play the roles of the monkeys.