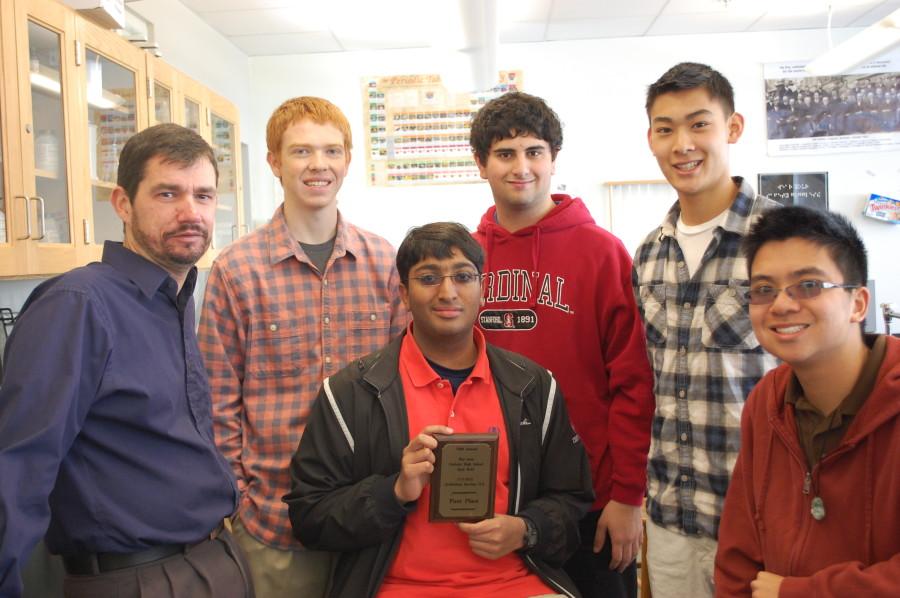 The Knights faced off on March 17 2012 at the Bay Area Catholic High School Tournament hosted by Riordan High School in San Francisco and swept the competition. Two elite teams represented the Hall. Team A consisted of seniors Devan Patel, Brandan La, and Kevin Wong, and junior Joey Jweinat. Team B’s roster was seniors Bard Soedal, Peter Holper and Will Campbell, accompanied by freshman Charlie O’Connell. There were eight other schools present at the tournament. Surprisingly, Team B’s overall score was higher than Team A’s. This surprise in scoring may constitute a change in team configurations. One of the highlights of the tournament reported by Kevin Wong was a landslide

victory over Sacred Heart High School. The Hall’s Team A scored 355 points against SH’s 10. Senior Kevin Wong provided some joyful commentary on the event. “It was an epic victory for every one of the honorable Knights on the Quiz Bowl team.  This victory is a great way to end the academic year. Even further, the Knights have participated in this specific tournament for years and senior and Captain, Devan Patel summed up the resounding opinion of the seniors who had been there each year. “It’s taken four years, but we finally did it”, said Devan adding, “I’m proud to have been on Quiz Bowl all these years, and I am proud to leave behind such a legacy.” Nobody knows how Quiz Bowl will fair as the current Senior class leaves, seeing as the seniors make up a majority of the team itself, but whatever happens, we (including myself, a member of the Quiz Bowl Team) have been happy to be a part of such a fun club.