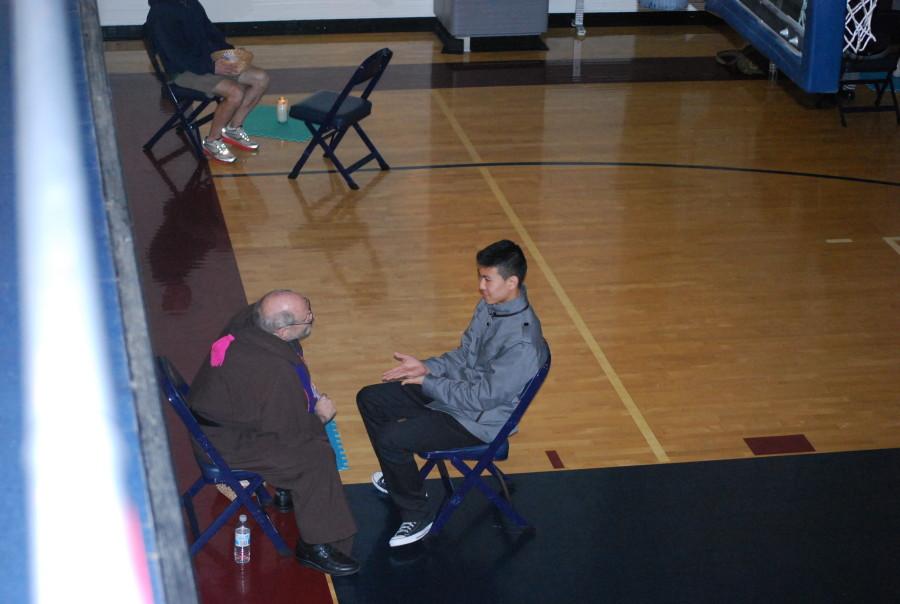 Holy Week involves several celebrations in the Christian faith leading up to the resurrection of Jesus Christ, known as Easter. Holy Week is the last week of Lent, and includes Palm Sunday, Maundy Thursday, Good Friday, and lastly Holy Saturday. Although it leads up to Easter Sunday, Holy Week doesn’t include Easter itself. Palm Sunday itself occurs because it symbolizes Jesus’ trium

phant yet peaceful entry into Jerusalem, in which the people of Jerusalem lay palm branches at his feet.

To celebrate Holy Week, the school community was called down to the gym for a sort of forgiveness and cleansing service that Mr. Vasquez had organized. The idea of the ritual was that we would write down some sort of message, whether it be asking for forgiveness or letting go of a burden. Then each person was given the option to talk about the message with one of the spiritual leaders around the room. These leaders were from different faiths, some being teachers, others being priests and reverends, and some being rabbis. After sharing a message with one of the faith leaders, each person received a piece of white flash paper, which was put into a large canister. These papers were then burned at the end of the activity, disappearing into nothingness. Lastly, if we chose to do so, we could pour water onto the hands of someone you maybe wanted to forgive. This was a kind of cleansing process for both people involved.

This action of pouring water on each others hands and talking with spiritual leaders really brought everyone together, because by writing down something that you wanted to let go from yourself, and offering forgiveness helped spiritually cleanse all those who participated involved seemed to appreciate the sort of ritual that Mr. Vasquez had helped organize.