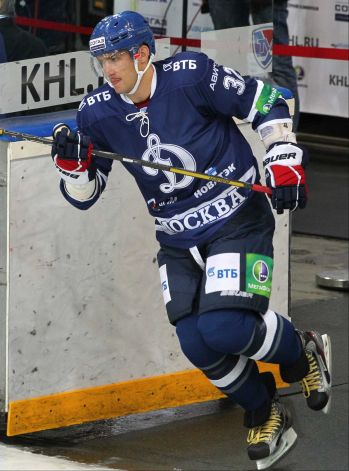 On the Stanley Cup, the names of teams who have ended the NHL playoffs victorious are annually engraved. The tradition dates back to when the NHL adopted the cup as its championship trophy at the beginning of the 1914-15 season, as before it had been only a challenge cup. Despite the tradition, there’s one place on the Stanley Cup where there is no team name. That is under the 2004-05 season, which reads “Season Not Played”.

In three words, this is possibly the most basic way to sum up a lockout. The owners of the league decide that, because of a disagreement between the players and the league itself, the season cannot continue. This happened last year in the NBA, and in the 2004-05 NHL season as well. This year, NHL owners are asking to reduce player’s salaries, eliminate signing bonuses, make the maximum contract length 5 years, and increase entry-level contracts from 3 years to 5 years. After the players’ association, known as the NHLPA, refused the owners’ terms, the lockout officially started on September 15, 2012.

In 2004-05, the NHL players handled the situation poorly. They left to go play in Europe, and hockey was completely dead for the entire year in North America. This could very well be the case again; many players have already left overseas, most of those to their home countries. Some even, such as star and one of the faces of the league Alexander Ovechkin, say that they might not even return to the NHL. While Ovechkin has to return to the league due to his contract with the Washington Capitals, it’s a warning sign to the league that they should be aware of. Before European-born players lose all interest in the league, they should start the season. Also, the cities that depend on their hockey team take a financial hit during the lockout. People previously employed by the team have to find work, and in an economy that’s already hurting, it makes it all the more difficult.

There is an alternative for the players, that although might have them losing money at first, will encourage the league owners to come to an agreement with the players, and in a more favorable fashion for the players. The players need to look at how NBA stars like LeBron James and Kevin Durant handled their league’s lockout. They organized high profile, all-star like pick up games that filled college stadiums. Nike used their star athletes (LeBron, Durant) by promoting a new motto to encourage basketball despite the lockout, “Basketball Never Stops”. If North American stars like Steven Stamkos and Sidney Crosby stay in Canada, they can play high-end pick-up games in larger cities across Canada without NHL teams but have a medium sized arena. With some backing from large hockey companies like CCM and Bauer, the players could continue playing high-level hockey amongst themselves. Seeing that their lockout wasn’t hurting the players and in fact making money for those other than themselves, the owners would quickly try to make a deal that would favor the players themselves.

Although many moan and groan at hearing the word “lockout”, if used correctly, the lockout can turn out to be more interesting and engaging for the hockey fan if the players take advantage of it. If the stars of the NHL play their cards right and don’t just scramble overseas, they could come out of the lockout victorious.