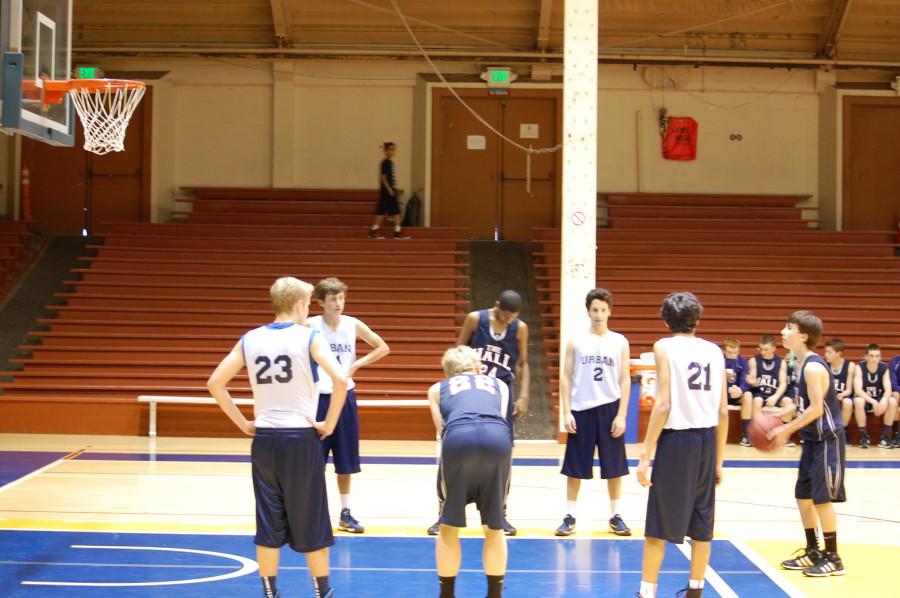 A Year to Remember

Winning, a goal that is on the minds of every athlete throughout the world, from players at a beginners level through pro. This year at Stuart Hall, our basketball teams are determined to work hard to bring home the league trophy and make their school proud. For many of our varsity athletes, this will be the last year at high-school basketball as they move onto college next year. Though, the upside to this is that there are many freshmen and sophomores who bring promising talents to the court and assure that the next two to three years will be a success.

After the varsity’s first few league games, the Knights proved to be a tough, and energetic basketball team that is filled with resiliency, as proven in the Lick Wilmerding home game. As of now, their record is 18-9. Even though the Knights have three starting seniors, they are still considered one of the younger teams in the Bay Counties League West division.

Stuart Hall’s JV team turned some heads as well earning a second place finish in league play.  However, unlike the Varsity team, Junior Varsity is not considered as “young” when compared to the other JV teams in the league; in fact most JV teams in the BCL West have rosters filled with mainly freshman and a few sophomores, but because of our school’s long depth of talented basketball players, we have a great advantage against other JV teams.

Even though the Varsity and JV Knights basketball teams have taken most of the attention during the winter season, the Frosh-Soph team has impressively ended their season with a 7-4 record, winning all of their league matchups. After their slow 1-3 start, Coach Helms was able to rally our talented and young team to regain their composure and battle their way to their impressive record. Typically when one see’s a struggling sports team, specifically a young frosh-soph basketball team, it takes a fair amount of effort and focus to regroup and change their season around, thus, the season that the frosh-sophs had speaks about character and truly shows the dedication that our school puts forth towards its athletics.

As the Knights Varsity team progresses to NCS, the Sacred Heart community is praying for their success in future games. Good luck guys!!