Retreats: A time for reflection and building class unity 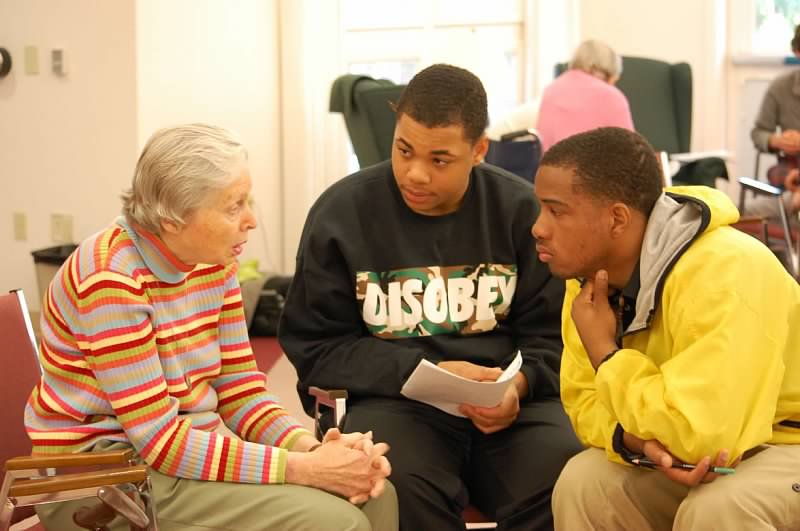 Last Friday, March 22, the Stuart Hall community divided into class groups and went on their separate ways for Retreat Day.

Retreats are time for students to come together and strengthen their friendships, while having an enjoyable experience. The class of 2016 spent their day volunteering at the San Francisco Food Bank, where they helped the facility organize and store food. At first, many thought it was more of a service act, but soon to our surprise, spending time with each other and joking around while working actually brought an experience not many would have expected. At the beginning, we all were sent to scoop, measure, and package rice, a job many thought was difficult at first. But as the time progressed, we began exchanging jokes, laughing at others when they made silly errors, and ending it by starting a minor, yet entertaining fight by throwing rice at each other. The second half of the day was spend packaging boxes full of a variety of food. At the end of the day, everyone was exhausted but in agreement that it was fun day.  Zeke Crawford ’16 summarized the day by saying “I was happy my efforts were helping others and that it involved doing this with my classmates.

I walked into the day thinking it was going to be easy, but soon found it was slightly more difficult than I figured. At the end, I now have more respect for the workers there.”

Every year, the sophomore class takes a trip to Planet Granite to go rock climbing and to build class chemistry. This year was no different, as our sophomore class boarded the bus and headed down to the Presidio for a day of fun.

Upon arrival, our class was split into three groups, with one group doing freelance climbing, one group climbing with the guides on the ropes, and one group going out to the field to play football and soccer. It was an incredibly fun time all around, and there was never a dull moment. However, it was disappointing that we were unable to get belaying lessons, which would have been not only a great learning opportunity but also fun as well. Unfortunately, even though that was in the plans for the day, it got lost while being communicated from the teachers to the climbing guides.

Even with that minor letdown, it was still a fun day, and I felt our class coming together even more throughout the day. While most kids in the sophomore class know each other pretty well, it was a good opportunity to mingle with other kids too. Overall, this trip was a great experience for all of us, and I look forward to upcoming retreats we will have in the future.

While the Freshmen and Sophomores had fun on their trips, the juniors had a unique experience with an overnight stay at Point Bonita in the Marin Headlands. Surrounded by great views and a beautiful (yet cold) beach, the juniors had a blast doing activities such as hiking and team competitions. The junior retreat is special and unique in the SHHS community since it is the first retreat that involves an overnight stay off campus. The class had a chance to be split into multiple groups and compete with each other. Other activities included crab volleyball and hanging out on the beach, where most actually stayed out of the freezing waters and only a few braved to venture into the ocean.

The most important part of the two-day trip at Point Bonita was how the small class managed to get to know one another better which helped grow stronger relationships. Caleb Chertow ‘14 stated that, “The retreat was a ‘metaphorical’ jump over a fence for our class and promoted unity in our group.” Like the other retreats, the Marin trip was a great experience outside the classroom, but was unique in how the class of 2014 came to understand each other better while having a great time.

On Friday, March 22, the senior class visited the RSCJ sisters at Oakwood, in Atherton.  It was actually their second visit as a class.  In their freshman year, they visited the sisters, introducing themselves and then getting a tour of the Atherton campus, which houses the nuns.  Upon returning, they revisited all of the discussions from freshmen year. Visiting Oakwood is a Stuart Hall tradition that constantly enforces the relationship between Stuart Hall students and nuns, all under a Sacred Heart network.

Stuart Hall High School is one of the only schools that Oakwood accepts visits from now, which is very meaningful to the Stuart Hall community.  From the retreat, starting in our freshman year and ending in our senior year, students are able to take a lot from the experience.  Learning how important faith and relationships can be in our lives, though we may not be on this earth forever, reminds how actions will forever impact those around us.