Shoes at The Hall 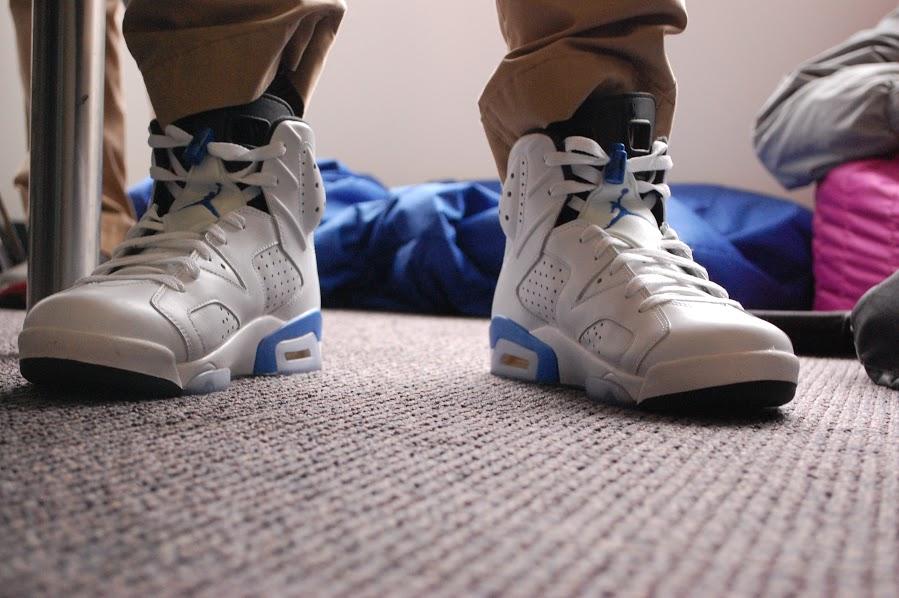 Shoes can be a way for people to express their identity, make a fashion statement, or to have fun. Here at Stuart Hall, students use shoes as a vehicle to do all of the above. “Air Jordans” or other expensive brands can be found here at Stuart Hall, in great quantity. The expense of these shoes is not what gives them their value. It is the rarity and the salubriousness associated with every pair that makes them such a hot commodity. “Air Jordans” are usually released at select locations, and in very limited quantities. People RSVP or reserve their pair over the phone, or over social media, and then wait in line for hours to get their hands on a pair of “Air Jordans.”

Students at Stuart Hall have a large variety of these exclusive shoes and often wear them to school. “Concord” Air Jordan 11s, “Bred” Air Jordan 4s, and “Carmine” Air Jordan 6s, are a constant fixture around campus. To “sneaker heads” all around the world, but especially here at Stuart Hall, shoes are much more than a clothing item. They represent people’s passions, identity, and personality. “Shoes give me confidence with every step,” says Tyler Makras ’18. Tyler Makras is not the only student with a flashy collection. Open Gyms double as a basketball practice and a shoe expo. Players such as Armani Collins, Jeremiah Sullivan, and Rex Walters turn some heads with their shoes.

This year, the entire basketball program is being equipped with “Under Armour ClutchFit™ Drive” for their team shoe. This shoe has been popularized by Stephen Curry, who has worn a variety of colorways in this shoe, during this NBA season and last season’s playoffs. Stephen Curry’s signature shoe, “Under Armour Curry 1,” will debut this January. Stephen Curry is not the only professional athlete with a signature shoe. Most famous athletes have shoes, such as Tiger Woods, LeBron James, and Diana Taurasi. Nike, Adidas, and Under Armour are companies with major endorsements that claim large names in international sports. The amount of money companies pay athletes for their endorsements makes you wonder how much companies profit from endorsement deals.

Shoes have become larger than life, here at Stuart Hall, as well as throughout the world. Endorsement deals and exclusive shoes dominate the business as companies scramble to have the newest and most popular shoe. Stuart Hall will always be a place where shoes are very popular, as a passion for shoes runs deep in the blood among athletes and artists, actors and academics. Stuart Hall will forever be a passionate school with “nice kicks.”