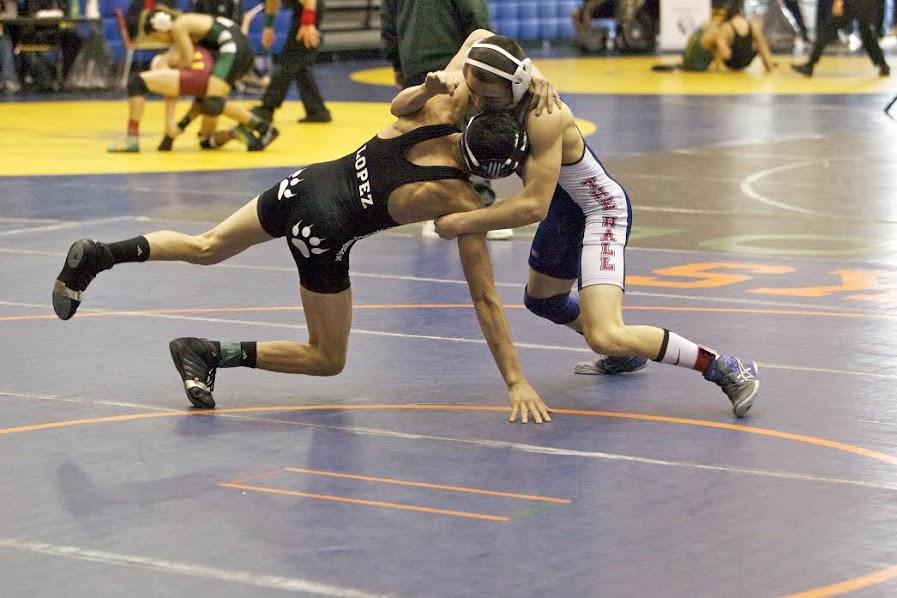 Building on Success
By: Nick Shkolnikov ’18

On November 10th, wrestling season began. All wrestlers began getting ready to start their journey into becoming strong wrestlers and stronger individuals. Weeks one, two and three are the hardest weeks of training, and passing these weeks shows your dedication to the sport and your teammates. As Mr. Woodard said, “After completing all these weeks of training, things will start to click.” These weeks are the hardest because you will be conditioning your body so much that it will ache the next couple of days.
The history of Wrestling at Stuart Hall began with Alex Asdourian ‘11. Alex started a wrestling club, and his dream was to create a wrestling program and make a strong, amazing team. Our wrestling team continues to grow stronger. We have gained seven freshmen this year, and Mr. Woodard describes the collective group as “the most skilled group of freshman so far.” Mr. Woodard is expecting this year’s team to go far, so he puts many hours in making a tough schedule during practice to make every single wrestler stronger. Sam Cormier ‘18 said that, “Wrestling helps me get stronger and its helping me develop skills I never learned before.”
This year, Stuart Hall will be hosting the League tournament. This is great for our seniors who wrestle because this opportunity happens every ten years and it’s a great way to end the season. There are a series of about 15 tournaments every season. Each match is six minutes and contains two minute periods. For some people, six minutes sounds easy, but I can easily say it’s tough! For the entire match you are using your stomach, arms, hips, legs, biceps, triceps, etc. This is very tiring and you need to be in shape to last this long and win. During practices, you will be doing a series of different movements to stretch yourself and to make you less prone to injuries.
On December 6th from 9:30 am to 4:00 pm, Stuart Hall has its first Dual Meet tournament at Redwood High School. This means that each wrestler per team will be sparring against one another. At the end of the match the team with the most points wins. After four weeks of difficult practice and going over moves at least 100 times, we should be able to show off the skills we have learned. Come this Saturday to support our wrestlers!